In November, Facebook removed an antivax network from France and Italy, Facebook accounts from the Belarusian KGB as well as accounts from employees of a Chinese company.

Brigading consists of people working together “to mass comment, mass post or engage in other types of repetitive mass behaviors to harass others or silence them“.

The first brigading network of accounts identified originated in France and in Italy. They targeted “medical professionals, journalists, and elected officials with mass harassment“. They would mass comment posts from pages, news entities or individuals to intimidate them.

Facebook identified the network as linked to an anti-vaccination conspiracy movement called V_V. They would consider journalists or media as “Nazi supporters” or claim mandatory vaccination will lead to “healthcare dictatorship“.

The V_V network operated on Facebook but also on YouTube, Twitter or VKontakte and apparently coordinated their actions through Telegram to avoid detection, the report explains.

They used tactics such as changing a letter in the word to avoid automated detection, sometimes allowing them to leave thousands of comments.

The company notes all content from V_V is not deleted but that it monitors its activity.

A network in Vietnam used duplicate accounts to throw hundreds of complaints against their target. Many operators also used fake accounts and tried to resemble the target individual in order to send a complaint of impersonation.

Accounts in Belarus linked to KGB

The 141 Facebook accounts removed from the Gaza Strip in Palestine were linked to Hamas.

The 31 deleted accounts from Poland targeted Iraq but also Belarus as the border crisis between Belarus and the European Union unfolded. Fake accounts would dissuade migrants from entering the EU sharing their negative experience as migrants.

And in Belarus, 41 Facebook accounts primarily targeting audiences in the Middle East and Europe were removed during the border crisis. Fake accounts would pose as journalists from Poland or Lithuania criticizing Poland with made-up reports where Polish guards would have violated migrants’ rights.

And Meta identified the activity as linked to the Belarusian KGB, the country’s national intelligence agency.

More than 500 accounts from China have also been removed.

Some of them were linked to employees from the self-described network and information security company Sichuan Silence Information Technology.

In July, a fake Swiss biologist named Wilson Edwards said the United States was pressuring the World Health Organization in studying the origins of Covid-19 in an attempt to blame China. The information was relayed by Chinese state media but the campaign was overall unsuccessful, the report mentions.

Some of the accounts that shared and amplified the information had profile pictures likely generated by machine learning techniques. Other accounts were authentic and some of them belonged to Chinese state infrastructure companies.

Last month, Facebook dismantled one of the largest government-led troll farms in Nicaragua only few days before the presidential elections. 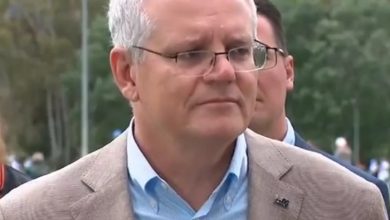