In a fiscal optimization reform, Indonesia plans to increase the value-added tax rate and remove food or education services from the non-taxable categories.


Indonesian government issued a draft bill for the modernization of the tax system in the country. In order to increase State revenue, the country would increase the VAT rate to 12% instead of the current 10%.

But the bill also plans to apply the tax to some basic commodities that were previously part of non-taxable categories. This would include food items like salt, sugar, fruits, vegetables, milk, eggs, meat or even rice. So far, any type of food, because it is considered as a basic necessity, was exempt of VAT. But taxing basic items such as rice, a main component of Indonesian diet, became controversial.

The Indonesian Minister of Finance Sri Mulyani tried to clarify what type of food would be subject to VAT. Only premium or imported food would be taxed, not basic goods sold in traditional markets that the population usually eats. As a consequence, rice produced by Indonesian farmers or bought by Bulog, a state-owned company that manages rice supply chain and stocks, would not be taxed. However, imported premium rice such as Basmati or Shirataki rice should be taxed, the Minister said on June 15 while visiting a market according to CNBC Indonesia. Such rice can cost 5 to 10 times more than local crops, and is consumed by the upper class. Premium beef such as the Kobe or Wagyu beef, would also be taxed.

Similarly, education services will be part of the reform. But the government wants to exempt some categories of school. A spokesman at Indonesia’s tax office emphasized that they want to exempt taxes for education services carrying social and humanitarian missions, or the ones useful for the general population such as the public elementary schools.

At the moment, the scheme is a single 10% VAT rate for all goods and services subject of the tax. But the plan is also to create a multi-tariff scheme with different tax rates depending on the categories. 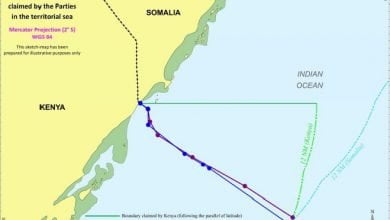