The International Court of Justice ruled in favor of Somalia about a long dispute with Kenya on their maritime boundaries, at the core of diplomatic tensions between the two neighbors. Kenya rejects the decision.

On October 12, the International Court of Justice published its decision about the dispute on maritime delimitation in the Indian Ocean between Somalia and Kenya, which was at the center of diplomatic tensions between them.

Somalia brought the case into court in 2014 after five years of failed discussions and 42 years of disagreement since Kenya’s presidential proclamation in 1979.

Somalia argued “unadjusted equidistance line through all maritime areas” while Kenya claimed the boundary, following a parallel of latitude, has already been agreed by Somalia.

And the ICJ ruled that there was no clear indication that Somalia accepted the maritime boundary. The judges also drew a new line separating the dispute maritime territory, closer to what Somalia has been claiming.

The Somali president, Mohamed Abdullahi Farmaajo, welcomed “this historic victory“. In a statement from president Uhuru Kenyatta, Kenya indicates it “rejects in totality and does not recognize the findings in the decision” of the International Court of Justice. The president added that “the Court had neither jurisdiction nor competence over the dispute“.

Kenya considers the judicial process as flawed with a “biased bench“. The 15 judges making the decision had 15 different nationalities. None of them came from Kenya; one was Somali. 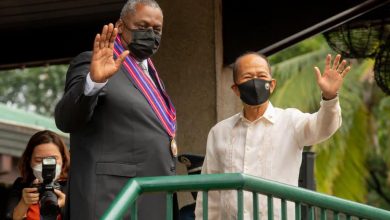