He wants to represent an alternative choice in the 2022 presidential elections by supporting people struggling in the hustle economy.

Last year, Ireland agreed to reduce working hours for civil servants. But it could be four times as expensive as what was originally provisioned. The government forecasts the cost to be more than €600 million a year, but unions disagree.

In Japan, 14% homes are vacant. More than 42 million permanently empty places in the world

Overall, about 10% of homes remain permanently vacant in the 20 countries that the OECD studied.

Ambassadors in Turkey will not be expelled

Turkey had declared 10 foreign diplomats as personae non gratae, opening the door for their expulsion. But relations normalized. Ambassadors of Canada, Denmark, Finland, France, Germany, the Netherlands, New Zealand, Norway, Sweden and the United States signed a statement about Osman Kavala, a rich businessman accused of trying to destabilize Turkey and imprisoned for four years without judgment. But Erdogan’s ire calmed down after several embassies explained they wouldn’t interfere with domestic affairs.

The U.S. pause a support funds for Sudan

In lights of the undergoing coup in Sudan, the U.S. paused the $700 million in emergency Economic Support Funds to the country, intended to support the democratic transition since the destitution of Omar-al-Bashir’s dictatorship in 2019. Last year, Sudan was removed from the U.S. list of states funding terrorism.

A Japanese princess got married and lost her royal status

Mako Komuro is the niece of Emperor Naruhito and the first child of the emperor’s younger brother. She married a commoner she met when they were both university students. They plan to relocate to New York where he works as a lawyer. In Japan, women are banned from inheriting the throne. 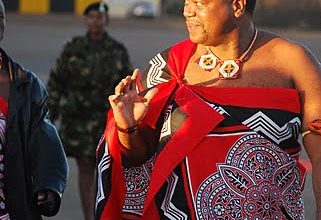