Nicaragua decided to cut diplomatic relations with Taiwan. China and Nicaragua recognized each other.

Few weeks after being reelected in a rigged presidential election, the president of Nicaragua Daniel Ortega decided to stop diplomatic relations with Taiwan in favor of China.

WIth the communiqué, "Nicaragua shall sever diplomatic relations with Taiwan as of this day and undertakes that it shall no longer develop any official relations or official exchanges with Taiwan. We appreciate this position", Chinese Foreign ministry spokesperson said.

Recognizing there is "only one China in the world" is mandatory for having diplomatic relations with China and helps business relations; too.

The relations will happen at the ambassadorial level. Few days ago, China downgraded Lithuania level to a chargé d'affaires level, the lowest diplomatic rank, because it opened a representative office of Taiwan.

Taiwan "deeply regrets this decision" and decided to end all bilateral cooperation projects, aid programs, recall staff of its embassy and terminate diplomatic relations with Nicaragua to "safeguard national sovereignty and dignity".

Only 14 countries now officially recognize Taiwan as a country.

Nicaragua is the latest to switch position since Kiribati and the Solomon Islands in 2019. Recognition of China from the Solomon Islands is one of the reasons of tensions arose in the country recently. In 2018, El Salvador, Burkina Faso and the Dominican Republic stopped recognizing Taipei.

Tensions between China and Taiwan, and in the Indo-Pacific region as a whole, have increased in recent years as Chinese ambitions grow.

China banned some of Taiwan's most popular agricultural products. Australia signed the AUKUS deal to reinforce its security in the region. The Philippines cancelled withdrawal of military cooperation agreements with the United States as Chinese vessels enter Philippine waters. India buys weapons from both Russia and the U.S. to counter China.

The U.S. Department of States considered Nicaragua's presidential elections had lost all credibility and thinks that Ortega's decision to severe diplomatic relations with Taiwan "cannot reflect the will of the Nicaraguan people". The department encouraged all countries to expand engagement with Taiwan.

Nicaragua's decision also comes at a time when the the United States host a virtual Summit for Democracy where 111 countries are invited, including Taiwan, but not China nor Nicaragua. 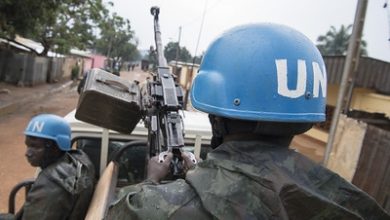