A large part of people trying escape war in Ukraine are Ukrainians. But thousands of foreign nationals try to do the same. The African Union expressed concerns about reports of “ill treatment of Africans” who want to find safety while Poland rejects discriminatory claims. An Indian student died Tuesday in bombing.

Approximately 660,000 people have tried to flee Ukraine and Russia’s invasion as of March 1 according to the United Nations Refugee Agency. “At this rate, the situation looks set to become Europe’s largest refugee crisis this century,” said the UNHCR spokesperson Shabia Mantoo in a press briefing.

The majority goes to Poland, where refugees experience “miles of queue at the Ukrainian border” under freezing temperatures. Others also flee to Hungary, Moldova, Romania, Slovakia while the agency also noted a “sizeable number has moved to the Russian Federation”.

Most people forced to escape the violence are Ukrainians but thousands of foreign nationals are in the same situation. And some faced challenges to cross borders.

Reports showed that Africans living in Ukraine faced difficulties to cross borders and leave the country to safety. The African Union as such expressed its concerns by “reported ill treatment of Africans trying to leave Ukraine”.

Senegal President Macky Sall, the current Chair of the African Union, and Moussa Faki Mahamat, Chairperson of the African Union Commission, stated on February 28 that they were “particularly  disturbed” by “reports that African citizens on the Ukrainian side of the border are being refused the right to cross the border to safety”.

Singling out Africans “for unacceptable dissimilar treatment would be shockingly racist,” the African Union recalled.

On Tuesday, the UNHCR stressed “that there must be no discrimination against any person or group”.

Garba Shehu, special assistant to the president of Nigeria, on Sunday asked that everyone be “treated with dignity and without favor“, although the country “understands the pain and fear that is confronting all people who find themselves in this terrifying place”.

There have been “unfortunate reports of Ukrainian police and security personnel refusing to allow Nigerians to board buses and trains heading towards the Ukraine-Poland border,” according to Shehu. A video circulated on social media showing a Nigerian mother with her baby forced to give up her seat to another person. Other Nigerians were reportedly refused entry to Poland.

The European Union is preparing to grant Ukrainians who flee the war the right to stay and work  for up to three years. U.K. officials are in the meantime criticized for their less flexible conditions of stay for Ukrainian refugees.

But Ukraine also welcomed foreign nationals from outside the European Union, including students, who were still in the country when Russian troops invaded Ukraine.

Approximately 4,000 Nigerian citizens live in Ukraine. And a majority of them are enrolled as students, especially in medicine studies, according to Nigerian officials.

There are about 80,000 international medicine students in Ukraine. A quarter of them are Indians according to Indian media.

Ukraine was picked up by Indian medicine students for the relatively low costs of studies in the country. The degrees granted by Ukraine are also recognized by the European Council of Medicine and the General Medical Council of the United Kingdom.

More than 15,000 Indian students were stuck in Ukraine as of February 24. Some of them have reportedly been blocked at western borders. India sent four ministers in neighboring countries to oversee evacuation operations.

India abstained twice from the United Nations Security Council resolution to “deplore in the strongest terms” Russia’s “aggression” against Ukraine.

But on Tuesday, the minister of Foreign Affairs of India Arindam Bagchi confirmed an Indian student died in bombing in Kharkiv in the morning.

While the Indian embassy in Ukraine advised all Indians to leave the Kyiv, it noted on Monday that “Ukrainians both civilians and authorities have been remarkably supportive in facilitating evacuation efforts of Indian citizens”.

The Interior Ministry of Poland said the majority of people fleeing the conflict are Ukrainians but citizens from the United States, Nigeria, India, Georgia and other countries try to seek refuge in Poland.

Last week, the Interior Ministry of Poland said that “every refugee from Ukraine would find refuge in Poland” and that they didn’t have to worry about the “legality of their stay”.

On Tuesday, the day after the concerns expressed by the African Union, the Interior Ministry reiterated that Poland would welcome everyone who flee the conflict in Ukraine “regardless of their nationality”.

The ministry justified that border guard officers “apply appropriate checking procedures” when they have doubts, such as when people don’t have documents.

The UNHCR said on Tuesday it was “in touch with the [Polish] authorities to ensure that all those in need of international protection have access to procedures”. But it has also seen “tremendous solidarity and hospitality from the countries receiving refugees, including from the authorities and local communities”. 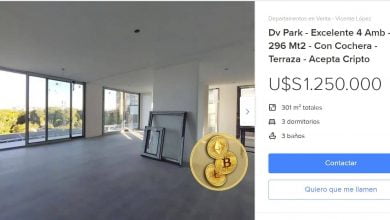 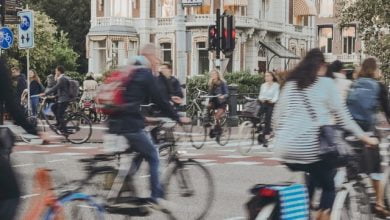