In Israel, Arab Bedouins protest against a tree-planting program in Negev desert. It may impact Prime Minister’s thin majority.


Arab Bedouins protest against a tree-planting program in the desert that started weeks ago.

On January 11 and 12, incidents were reported in the city of Segev Shalom in the north of the Negev. Two police officers were injured, some cars were torched and piled rocks on tracks forced a train to halt. Eleven people were arrested Wednesday morning.

Bedouins consider authorities plant trees so that they can grab land. They see the program as an initiative to expel those living in the southern region of Israel. Bedouins say several thousands live on the land where trees will be planted.

The tree-planting program in Negev is sponsored by the government. Authorities have said the flattening of dunes and planting of trees is necessary for conservation and modernization.

Tree-planting program in Negev at the core of the coalition

On Tuesday, Mansour Abbas, the head of the United Arab List, vowed to stop voting with the government coalition. On Channel 12 news, Abbas said, “we will not vote with the coalition until the plantings in the south are stopped”. He added that “the Negev is Ra’am“, referring to the party with its Hebrew acronym.

The government has determined that the land is publicly owned, but the local Bedouin residents claim that it is theirs.

Bedouins have been claiming ancestral rights to the Negev but Israel rejected most of the court cases in the 1970s on the grounds there was no proper documentation.

The country seeks to have Bedouins live in planned cities and destroy small hamlets that are created across the desert.

Prime Minister Naftali Bennett’s coalition holds a thin majority with only 61 out of the 120 seats in the Knesset, the unicameral legislature of Israel, and needs Ra’am’s support.

According to the Times of Israel, the ministry of Construction and Housing overseeing the program said it didn’t want to stop the tree planting.

Foreign Minister Yair Lapid, a centrist, asked to halt the contested forestation until a solution can be found. “Israel should plant trees on state lands, but we don’t need to harm the livelihood of local residents“. 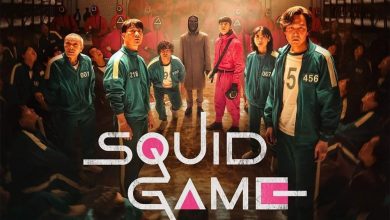