The British government announced reforms to restructure student debt so that the state saves money, hoping more students pay their loans in full. It is estimated that students could need to reimburse over 500 billion pounds by April 2043. At the same time, 77% of current and future students may never pay their debt to the state in full.

Satellite images show that methane emissions from the energy sector are 70% higher than official statistics reported by governments. Leaks of methane could supply all of the gas used in Europe.

A small study in Israel showed promising results in reducing post-traumatic stress disorder with oxygen treatment in a high pressured chamber. It may improve brain plasticity and help recover from brain damage caused by trauma. It brings a biological approach of treating anxiety disorders rather than trying to heal only with psychotherapy.

Iraq can stop compensating victims of its Kuwait invasion in 1990

The United Nations Security Council approved the end of Iraq’s compensation to Kuwait for its unlawful invasion in 1990. Iraq paid $52.4 billion to 1.5 million claimants over 31 years. It was the first time the U.N. set up a fund to compensate victims of a conflict.

While air travel has been severely hit by the COVID-19 pandemic and online shopping soared, converting passenger planes into cargo jets has become a business opportunity for an Israeli company.

The news comes only few weeks before the government is expected to vote a parliamentary inquiry on Church sex abuses. The church for years rejected the idea of an investigation but instead encouraged victims to come forward and report their allegations to the diocese. Some victims remained skeptical about the genuine intention of the Church. 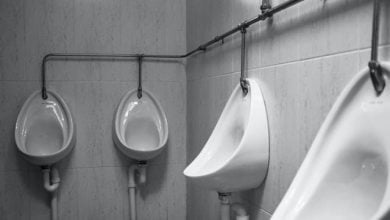