A car crashed at the gates of the Russian embassy of Romania. The driver set himself of fire according to the prosecutor. Romanian authorities urge not to draw premature political conclusions.

On Wednesday morning at around 6:00 am, a car hit the gate of the Russian embassy in Romania. Then a fire broke out from the car.

Firefighters intervened on the scene and the fire didn’t propagate nor caused significant damage. The driver is the only victim and no one is injured.

According to the prosecutor, the act was deliberate. The case prosecutor Bogdan Staicu said few hours after the event that based on the first data collected, the man set himself on fire immediately after having hit the gate of the Russian embassy.

However, undergoing investigations don’t identify it as a terrorist act. “There are no concrete elements in this direction at the moment. We cannot say at this time that the act was related to anything other than personal circumstances.”

The driver, a man whose identity has not been officially confirmed, died carbonized inside the vehicle.

The Russian embassy reacted to the event by considering the act was the result of a man “victim of unbridled military propaganda by neo-Nazi directors in power in Kyiv and their Western patrons”. It also links the act with the fact that Western countries blame Russia of war crimes in Ukraine. “We must state with regret that whatever the motives of the driver, there is no doubt that he committed this act under the influence of an explosion of anti-Russian hysteria in connection with a staged provocation in the city of Bucha.”

Romania Ministry of Foreign Affairs in a statement completely “rejects any attribution of political significance to this tragic incident and urges the Embassy of the Russian Federation to show the utmost restraint in offering any interpretations before the investigation by the responsible authorities is completed.” Furthermore, it considers that until then, “any kind of premonitions are unfounded speculations”.

The ministry, which declared 10 Russian diplomats as personae non gratae on Tuesday, added that Romania had reinforced security for the Russian embassy in recent weeks and positively met the embassy requests on that matter.

According to the Romanian news broadcast Digi24, the man would be the president of a father association investigated for having sexually assaulted his daughter. He was sentenced yesterday to 15 years and four months in prison. Two days ago, the man wondered on a Facebook post why “Russian dictator’s embassies were not turned into centers for Ukrainian refugees”. 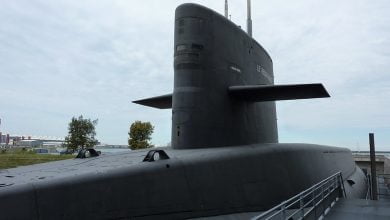 Understanding the Australian Submarine Deal: What AUKUS Means for Each Country