Jordan and Israel signed a declaration of intent in which one seeks to increase and diversify its water supply and the other wants to improve its mix of renewable energy.

On November 22, Jordan and Israel signed a declaration of intent to study the feasibility of projects supplying renewable energy for one and desalinated water for the other.

The letter of intent consists in two interdependent projects to address climate change and water security in the region.

The Hashemite Kingdom of Jordan, with the Prosperity Green project, will study the possibility to build photovoltaic plants with the capacity to generate 600 MW of AC power and up to 3.0 GWh of storage.

All of the electricity produced by the plant would be exported to Israel.

The program would increase Jordan’s water access by almost 25%, with about 18 more cubic meters for each of the 11 million Jordanians. Israel has been willing to sell desalinated water to its neighbor for some time, Reuters reports.

Abraham accords signed by the U.A.E. helped the talks between Jordan and Israel

On the other side, the State of Israel, with Prosperity Blue, will look into a water desalination program that would exclusively supply Jordan with up to 200 million cubic meters.

Israel is largely dependent on fossil fuels for its electricity and its geography doesn’t facilitate the installation of solar power plants.

But the country aims to reach 30% of its energy mix coming from renewable energy by 2030 in order to become carbon neutral by 2050. Electricity supplied by Jordan’s solar panels would account for about 10% of Israel’s electricity consumption.

Jordan and Israel intend to provide detailed characteristics of the projects by the end of September 2022.

The signing took place at Dubai Expo, with the United Arab Emirates and the United States special envoy for climate, John Kerry.

The U.A.E. also signed the declaration of intent and is considered as a stakeholder of the project.

The U.A.E. mentioned that the Abraham Accord they signed in August 2020, opening up discussions with Israel, made this declaration of intent possible. As they position themselves as a regional go-between partner between Jordan and Israel, their exact role and implication in future agreements remain to be detailed. 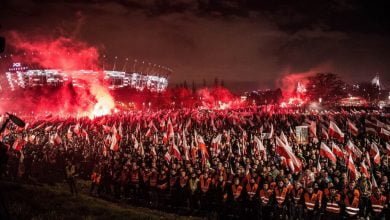