In the Philippines, a politician submitted a bill to offer free parking space to store customers considering it is basic amenity. While urban areas of the Philippines have serious issues with traffic congestion, several lawmakers have been trying to push laws related to parking space.

Peter Miguel, a lawmaker representing a district of South Cotabato in the south of the Philippines, sent a bill to the House of Representatives covering the use of parking space.

The draft law aims at letting customers use parking areas of malls and shopping centers for up to two hours as “a courtesy”. He argues parking space is “basic amenity” that should be provided to consumers.

In the measure, consumers can use the parking space of malls, supermarkets, schools, hospitals, hotels and similar businesses or public establishments for at least two hours provided they spend at least 500 pesos (8.6 dollars). The bill also includes tax benefits for the establishments offsetting the cost of parking.

According to Phil Star, parking in commercial establishments go for around P50, with additional charges per hour, in Metro Manila.

In September Augustina Dominique Cruz Pancho also filled a bill to regulate access to parking space. Noting the Supreme Court already ruled imposing parking fees in commercial establishments is legal, she nonetheless proposed a standard parking fee with a flat rate of 40 pesos regardless of parking time incurred during the day. The bill also included waived parking fees once customers of “shopping malls, restaurants, stores, and similar establishments where customers go to purchase items or where the customers pay fees to enjoy the services, facilities or amenities offered by the establishment” have a proof of purchase of at least 1,000 pesos.

Mr Miguel argues his free parking policy is more than an amenity to help consumers. He argues in his explanatory note that it will also reduce people parking on the streets and eventually decrease traffic congestion.

Last August, representative Lord Allan Jay Velasco from the Marinduque island in the north of the archipelago, also filled a bill called “No Garage, No Registration” that seeks to require proof that adequate garage or parking space is available before the purchase of a motor vehicle in urban areas. Two similar bills had already been filled in 2016 but never passed.

People lose 98 hours in traffic per year in Manila

Traffic congestion is an issue in the Philippines, especially in large cities like Manila, the capital of the Philippines with 13.5 million people in the metropolitan area.

The Philippines is the world’s fifteenth country with the word road traffic congestion in Numbeo traffic index. Manila is the 18th most jammed city in the world with 98 hours lost per year in traffic, four entire days, according to TomTom’s traffic index.

Yet, latest data from the Metro Manila Development Authority (MMDA) show there are only 2.9 million registered vehicles in Metro Manila. And this figure is expected to grow, further worsening traffic conditions.

In 2017, a Metro Manila Transport Consultative Council was formed to tackle traffic congestion in the capital city and introduced the odd-even scheme, alternating cars allowed in Metro Manila based on plate numbers.

However, more ease to park cars doesn’t really reduce traffic and pollution. In Ireland, the OECD for instance pointed out that the country has too much parking space available, providing a “powerful subsidy to cars and car trips.” In Dublin, less than 4 percent of drivers pay for parking when going to work which encourages people to their cars more often. The country took steps to reduce parking requirements for new real estate developments.

In Indonesia, Jakarta’s bad traffic conditions were one of the reasons Nusantara will become the new capital. According to Numbeo, traffic is worse in Manila than Jakarta.

The new government of the Philippines subsidized free bus rides starting since last summer until the end of the year in several urban areas. Some buses came from the political campaign of the current vice president Sara Duterte which became idle after the presidential election.

Alt Mobility, a Philippine advocacy group for sustainable and inclusive transport, on September during budget negotiations called on the government to provide “regular funding to much needed infrastructure in order to promote walking and biking, and to address the shortage of public transportation nationwide” in order to “alleviate the suffering of commuters.”

Read more news about the Philippines 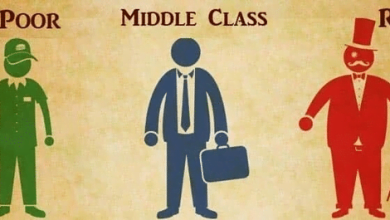