A court in Turkey considered the wife was at fault in a divorce case filled by her husband because she didn’t want to have sexual intercourse with him. Yet, the Supreme Court had a different opinion for a man last year. Married for three years with his wife, a Turkish man asked for divorce because she didn’t want to have intimate relations with him. The court ruled that the woman was at fault, the Turkish Demirören News Agency (DHA) reported.

The ruling was given by a family court of Gaziantep, or Aintab, a city with 2.1 million people in the eponymous region, about 50 km (31 miles) north of the Syrian border.

At the hearing, the husband said they did not have sexual intercourse during the three years of marriage because her wife didn’t want to. He argued his wife didn’t give him a valid reason for it. The husband is 30 years old, the wife is 28 and both are teachers. The court decision was anonymized.

The husband’s mother, heard as a witness, said “they were like friends. They did not look like they were married,” adding that her son went to see a doctor and received psychological therapy but that her daughter-in-law didn’t want to. His sister also said they slept in separate bedrooms, adding she didn’t witness any fight.

The court had requested medical check ups to see if there were any health reasons that would prevent them from having sexual intercourse. The husband didn’t have any issue according to the medical report; the woman refused to show up for a health check.

The judges therefore considered there was no “physical or psychological problem preventing from having sexual intercourse”. The court then decided to divorce the parties considering “that the defendant woman, who did not make the necessary efforts in treatment, was at fault, and that the foundation of the union of marriage between the parties was shaken as a result of the behavior of the defendant woman”.

The husband’s lawyer Aziz Cihan Kaçıran pleaded that one of the obligations of marriage between spouses was sexual intercourse and that the woman avoided them, according to DHA. The husband didn’t ask for financial compensation, the lawyer said.

Yet in July 2021, the Turkish Supreme Court ruled that a husband who refused to have sexual intercourse with her wife was not be considered “at fault” in the divorce for this reason. According to the Family Law of the Turkish Civil Code, sexual intercourse is not mentioned in the obligations of marriage nor is it included in the grounds for divorce.

In March 2021, a French Court ruled that a 66-year-old woman was exclusively at fault in a divorce case because of her “prolonged refusal to have intimate relations” with her husband, which became “incompatible with continued cohabitation”.

Contesting the decision, she seized the European Court of Human Rights and filed a lawsuit against France under the article 8 of the European Convention on Human Rights, which Turkey signed, related to the rights of private life.

The case has been considered admissible from the ECHR and has been communicated to France which now needs to state its position. 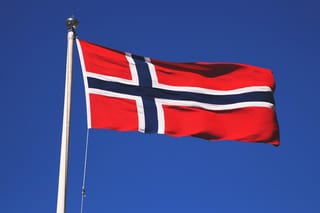