Beijing explains they detected pests in fruits coming from Taiwan. But does the decision have political motives? The dispute may be settled by the World Trade Organization.

On September 18, the general administration of customs of China banned imports of sugar and wax apples due to sanitary concerns. The restriction took effect on September 20.

The Chinese government explains they have “repeatedly” found planococcus minor, a species of mealybug, in these two tropical fruits since the beginning of the year.

The fruit of the Annona squamosa, also called sugar apple, custard apple or Buddha’s head are from the same family of cherimoya. Unripped, they look like large green lychees.

The Syzygium samarangense, or wax apples, java apples or bell fruits are native to Indonesia. With the shape of a bright pink-red bell, they are now produced and consumed in several regions of Asia.

Taiwan’s economy relies a lot on exports, although shares of industrial products have been growing. The fruits are about a third of Taipei’s agricultural exports, an industry employing about 5% of the population.

According to the Council of Agriculture, Taiwan produces 57,000 metric tons of sugar apples and 50,000 metric tons of wax apples every year. Exports of these fruits, which are 90% sold to the Chinese market, respectively account for 23% and 10% of the annual production.

Regarding sugar apples, Taipei mentions it reinforced its controls since October last year. During a press conference, the COA’s minister, Chen Chu-chung, said 13 shipments of Buddha’s head contained mealybugs this year but they didn’t receive notifications of norm violations from Beijing since June 28, 2021.

He also explained that risks with mealybugs are usually eliminated by fumigating the fruits with a pesticide: the methyl bromide. The bromomethane is a toxic gas depleting the ozone layer. All United Nation members agreed to phase out its use by 2005 in the Montreal protocol signed in 1987. However, the protocol includes an exemption use for quarantine and preshipment purposes.

Taiwan’s council of agriculture then asks China to lift the ban and engage in a technical dialogue, the ninth request of the sort since February with no answer yet, before September 30 or else the dispute would be settled through the World Trade Organization.

Moreover, the island will allocate 1 billion new Taiwan dollars (US $36 million) to support sales and exports to other markets like Singapore, Canada, Malaysia, Indonesia, Hong Kong, and Macau.

Restrictions on Taiwan little after the AUKUS alliance

But for Taiwan, these restrictions on commerce have other motives than protecting them from spreading pests already present on mainland China.

For the ministry of foreign affairs, this ban on custard and wax apples proves China is “weaponizing trade“.

The decision comes in a context on increased political pressure in the Indo-Pacific region.

Pineapple import ban created a surge of sales in Japan

A decision that would upset Beijing as it would make a step towards the recognition of Taiwan. In fact, Taiwan Relations Act of 1979 in the U.S. ruled the Americans would have only unofficial relations with the people of Taiwan.

Moreover, the U.S., the U.K. and Australia signed an alliance and military partnership in what is perceived as a message sent to China. Little after commenting the AUKUS, Maoh Li, the spokesman of the ministry of Foreign Affairs in China insisted on Twitter that: “Taiwan is part of China. China must and will be reunified. This historical trend cannot be stopped by any force. We warn the Taiwan authorities that any attempt to seek independence and reject unification is doomed to fail.”

China had already banned pineapple exports in March for the same reasons. According to Taiwan News, China was almost their single buyer, with 40,000 tons of pineapples for a revenue estimated at NT $1.5 billion (US $54 million).

The government had already spent NT $1 billion for supporting pineapple production and sales.

Taiwan also asked the population and its allies to support the production by buying pineapples. They became a political symbol known as “freedom pineapples“.

Taipei News reports Japanese imports were multiplied by eight between March and June. 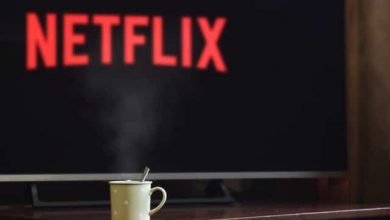