With a fragmented political landscape, Belgium will not be able to announce an agreement implementing its national climate policy before the end of COP26.

On November 9, the president of the National Climate Commission published a statement acknowledging the incapacity of Belgian officials to find a cross-provincial agreement on its national climate plan in the short term.

Philippe Henry, minister for the Environment in the Walloon government and rolling president of the commission, explained that an agreement would not be found before the end of COP26 because of steep divergent positions.

Belgium blocks on the "burden sharing", i.e. the efforts each needs to make in order to reduce carbon emissions.

Because of the peculiar structure of the Belgian state, with 1 federal and 5 regional governments, the National Climate Commission was created in order to coordinate the Belgian climate policy at a national level.

The NCC is then composed of representatives of the 4 entities involved in the climate policy: the federal state, the Flemish Region, the Walloon Region and the Brussels Capital Region.

But the Flemish are criticized for not being sufficiently ambitious in combating climate change.

Last week, the Flemish government agreed on a climate plan in last minute. It aims at reducing carbon emissions by 40 percent by 2030 compared to 1990 levels. It is more ambitious than the previous climate plan released in 2019 with a 35% reduction target.

However, it has been moderately well received by Walloon politicians. For instance, the federal climate minister, Zakia Khattabi, shared her disappointment regarding the plan.

In fact, the European Commission adopted the plan "Fit for 55" last July. Fit for 55 sets the ambition to have a 55% net reduction in greenhouse gas emissions by 2030.

Each member state is allocated its own target. And in the sharing effort program, Belgium is expected to reduce its emissions by 47% by 2030.

While the federal government approved the Fit for 55 plan last October, a 40% reduction of emissions in Flanders would consequently force the two other regions to increase their efforts if Belgium wants to meet the national target.

But the Flemish government would like the European Union to revisit and reduce the sharing effort assigned to Belgium. It considers that the efforts are not balanced between EU member states and would like the eastern members to take a greater part in the emission cuts.

Recently, Zuhal Demir, environment minister of the Flemish government, refused the construction of a gas power plant because of the level of ammonia emissions. The federal government wanted to build it in order to phase out the use of civil nuclear power it announced.

Ms Demir is affiliated to the New Flemish Alliance, a conservative political party which is not part of the coalition constituting the current federal government. 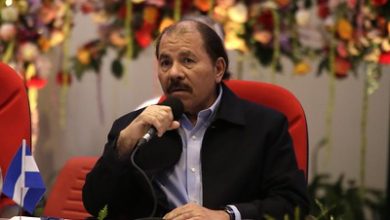