The president of Brazil signed on the federal budget for 2022 and didn’t increase the salary of police officers for now. But the budget still provisions for the expense. His intent raised protests from other public sector employees.


The president of Brazil Jair Bolsonaro signed on the federal budget for 2022 on January 21 and avoided more controversies by suspending police salary increases.

But although he holds off for now the salary increase he wanted to offer to police officers in 2022, the federal budget still provisions for it.

Brazil’s police officers are a solid group of Bolsonaro supporters and the president had told them he would increase their pay in 2022.

The final version of the budget was voted in Congress last December and provisioned 1.7 billion reals (US$313 million) for pay raises in the public sector, less than what the president originally wanted to allocate to police forces.

But the president decided last week to suspend salary readjustments arguing a lack of budget.

“Civil servants deserve a readjustment but there is no room in the budget for this year“, Bolsonaro explained during a radio interview for Jovem Pan News on January 19.

Congress underestimated the budget by R$9 billion according to the ministry of Economy. Approximately R$3 billion were expected to be cut to cover administration expenses.

As he signed on the 2022 budget, the president said he was “forced to veto” R$2.8 billion, less than what was expected, in resources allocated to research, education or labor for instance.

However, Bolsonaro kept the R$1.7 billion dedicated to salary increases for civil servants. No decision has been made on the allocation of the money, avoiding to create more controversy with categories of employees left out of the pay raise scheme.

The president was reportedly advised to cool the controversy down and to avoid making too much of a deal about the civil servants’ salary increases in the middle of the spread of the Omicron variant and pressure on Brazil’s health system.

Bolsonaro originally made no mystery he wanted to offer a pay raise to the Federal Police, Federal Highway Police and National Penitentiary Department employees.

In December, the president said adjustments would amount to R$2.8 billion in 2022, more than what Congress finally approved. He also foresaw a total of R$11 billion by 2024 for police forces.

Earlier in November, Bolsonaro had also mentioned a salary increase for all civil servants.

Trying not to upset everyone else by suspending police salary increases

Brazilian police is an important part of Bolsonaro’s electorate as he will run for another term in the presidential elections in October 2022.

But according to O Globo, members of his team advised him against increasing salaries for police officers, arguing it was “better to stop pleasing 6,000 than to be upset with 600,000″.

Brazilian president’s original intent indeed irritated other categories of public workers, leading to strikes and protests such as in the National Bank or in customs.

More than a thousand public servants handed over their resignation letters to put pressure on the government for pay raises. Customs also blocked trucks with food from entering the country at Argentina’s border.

In that context, the federal minimum pay in the country increased in January by 10% to R$1,212 ($223) from R$1,100 (state governments may decide on an higher minimum). But most civil servants’ pays have been frozen for five years.

Bolsonaro assured there would be salary increases for the public sector in 2023. However, the next budget will be decided by Congress, and Bolsonaro only if he is elected president for another term on October.

Bolsonaro needed to sign on the budget for 2022 on January 21, even though his mother passed away in the morning at the age of 94, and didn’t thoroughly look into the details he said.

He also approved funds for the 2022 municipal elections which were one of the most controversial points as he had judged them excessive. 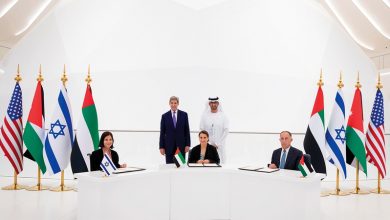