Israel’s parliament has renewed a temporary law dating back to 2003 that bars Israeli citizens from extending citizenship or even residency to Palestinians who are married to Israelis.

Israel says the law is needed for security. Critics view it as a racist measure aimed at maintaining the country’s Jewish majority. The law is aimed at Palestinians and does not apply to Jewish settlers in the West Bank as they already have Israeli citizenship.

The Knesset failed to pass the law last summer for the first time in 13 years because it did not have the support of left-wing and Arab members of the governing coalition. The opposition, led by former Prime Minister Benjamin Netanyahu, supports the law but declined to vote for embarrassing the government.

Interior Minister Ayelet Shaked took measures to prevent family unification during the several months when the law languished while campaigning for its renewal. She and other officials have acknowledged it is in part aimed at preserving Israel’s Jewish majority.

Foreign Minister Yair Lapid clearly acknowledged last year “there is no need to hide from the essence of this law. It is one of the tools designed to ensure the Jewish majority in the State of Israel. Israel is the nation state of the Jewish people, and our goal is to have a Jewish majority.”

A citizenship law affecting 20% of the population in Israel

The law passed on March 10 with help from the opposition but without the left-wing Meretz and the United Arab List, an Arab party that made history by joining the governing coalition last year.

Shaked tweeted that the bill’s passage was a victory for “a Jewish and democratic state” and a defeat for “a state for all its citizens.” The latter phrase is often used by Israel’s Arab minority to refer to their aspirations for equality.

Ayman Odeh, an Arab lawmaker, retweeted Shaked, calling it a victory for “an apartheid state.”

The law mainly affects the Arab minority, which accounts for 20% of Israel’s population of 9.5 million and has close family ties to Palestinians in the West Bank and Gaza. They have citizenship, including the right to vote, and have gained acceptance and influence in a number of spheres, but still face widespread discrimination.

The Citizenship and Entry into Israel Law was enacted as a temporary measure in 2003, at the height of the second intifada. At the time, proponents said Palestinians from the occupied West Bank and Gaza were susceptible to recruitment by armed groups. The law would prevent enemies from getting Israeli citizenship and set foot on Israeli soil.

The law has been continually renewed even after the end of the intifada. Today, Israel allows more than 100,000 Palestinian workers from the West Bank to enter on a regular basis.

Because of the law, Arab citizens have few if any avenues for bringing spouses from the West Bank and Gaza into Israel. The policy affects thousands of families.

The law does not apply to the nearly 500,000 Jewish settlers who live in the West Bank, which Israel captured in the 1967 war and which the Palestinians want for their future state.

Under Israel’s Law of Return, Jews who come to Israel from anywhere in the world are eligible for citizenship.

Cryptocurrency Gains Interest In Argentina As Trust in Peso is Low 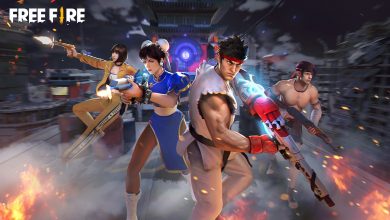