Two students cannot attend the Achimota school classes because they wear dreadlocks. The Ghana Education Service first asked the school to admit them before revoking its decision.


Dreadlocks: a mere hairstyle or a religious symbol?

Two students in their second cycle of education have been rejected from a renowned public school in Ghana because they refused to cut their dreadlocks.

Based on a British public school system, the Achimota school was the first of the gold coast to accept both genders in the same building. Several African leaders, including former Ghanean heads of State have attended the institution’s classes.

Tyron Marghuy, one of the students who are at the epicenter of the controversy, told in an interview that it feels “not necessary to cut my hair. It is not the first time people go to schools with my hair“.

Mr. Marghuy also acknowledges the school rules: “when you accept the offer of admission, you abide to the school’s rules. In the appearance section, you need to cut your hair and keep it low.”

However, he points out several instances where the regulation is able to adjust to special cases but “when it comes to appearance guidelines, we only have a general appearance one.”

The 17-year-old boy had short hair from 1 to 13 and then decided to keep his hair grow. He also justified his current decision: “I will go with my dad’s religion as long as I stay home“.

Because the controversy is based on whether the decision is a discrimination against Rastafaris.

Rastafari as a religion

Rastafari is identified by many as a social movement initiated by Bob Marley consisting in smoking weed and rejecting consumerism. But Rastafarism is a religion born in Jamaica in the 1930s.

And dreadlocks are one of the most prominent Rasta symbols.

Bob Marley became Rasta in 1966, the same year as when Haile Selassie, the Emperor of Ethiopia from 1930 to 1974, came to visit Jamaica.

Although Haile Selassie was a fervent Christian, Rastafaris worship the former Emperor and consider him as a key figure in the Rastafari ideology.

He was thought as one who would lead the African diaspora to freedom. He was also seen as a reincarnation of Jesus.

Rastas are Afrocentric and reject the Western society, also referred to as “Babylon”, that oppressed Africa. And Ethiopia is actually the only African country to have resisted colonialism.

For Rastafarians, the promised land, or “Zion”, is located in Ethiopia and more broadly in Africa.

Their physical appearance is a form of dissidence from the West. Dreadlocks are a consequence of their commitment to naturalness.

Ghana is home to many Rastas. Their ways of life is more tolerated in the country than in other parts of Africa. Nana Rita Marley, Bob Marley’s widow, was made honorary citizen of Ghana and received a Ghanaian passport in 2015.

Ghana’s constitution doesn’t designate a State religion and prohibits religious discrimination. About 70% of the Ghanaians are Christians, 18% Muslims, and 12% include animistic, pastoral or other religions, such as Buddhism, Judaism, Hinduism, Shintoism, or Rastafarianism.

The Ghana Education Service, a government agency under the minister of education, first asked to admit the students as long as the hair was “neatly tied“. But the administration refused to comply.

For Joel Nettey, the President of the Old Achimota Association, “it is unfair to come and say: ‘if I have to cut my hair, you are discriminating against me‘. You knew about the rules.”

Then, the Ghana Education System reportedly met with the Achimota school and backed the school decision to admit them only with their hair cut.

Several pictures of students with long hair at Achimota were posted online to prove it is a discriminatory application of the rule.

As for Tyron Marghuy, he believes “we need to make a distinction between harmless and harmful situations“. 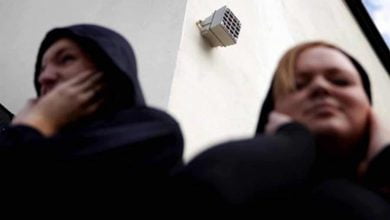