ECOWAS members decided to close their borders and cut diplomatic ties after a new schedule for elections in Mali was deemed unacceptable.

West African countries closed their borders with Mali and paused commercial operations with the country until there is an election calendar.

The Economic Community of West African States gathered for an emergency summit in Accra, Ghana’s capital. On January 9, ECOWAS members decided to close their borders with Mali and impose economic sanctions after Mali’s military junta revealed a new calendar for elections.

After a military coup in August 2020 interim leaders promised elections to restore power to civilians within the following 18 months. Elections were supposed to happen in February but they have been postponed to December 2025.

An “unacceptable” delay for ECOWAS which considers that “an illegitimate military transition government will take the Malian people hostage“.

ECOWAS is made up of 15 African nations from West Africa but Mali and Guinea have been suspended from the organization since their military coups. The community was originally formed to promote economic integration but it also serves as a regarded peacekeeping force in the region.

The group already imposed a travel ban and asset freezing for 150 Malian officials and relatives. But its neighbors decided to strengthen sanctions after they disapproved the new country’s political agenda.

Mali’s interim military government recently proposed a transition in four years instead of five, blaming the Islamist insurrection for preventing from organizing elections.

With immediate effect, ECOWAS decided to close land and air borders with Mali, shutting down most entries and exits of Mali’s southern borders. It also removes access to important sea ports like Dakar and Abidjan for its economy.

Commercial transactions – except essentials goods like medical supply, oil and electricity – are suspended. Malian state assets in ECOWAS commercial banks are frozen. In the meantime, the West African Economic and Monetary Union severed Mali from accessing to financial markets.

In return, Malian transition government was “astonished” by “illegal and illegitimate sanctions“. It called back its ambassadors as well and will reconsider its memberships in ECOWAS and UEMOA.

Last week, the United States withdrew Mali, along with Guinea and Ethiopia, from the African Growth and Opportunity Act which allows tax exemptions of African exports.

Russian military, and allegedly paramilitary, forces arrived in Mali in recent weeks, while French troops gradually withdraw from the country. France deployed troops in 2013 at the request of Mali’s president to counter the jihadist insurrection. 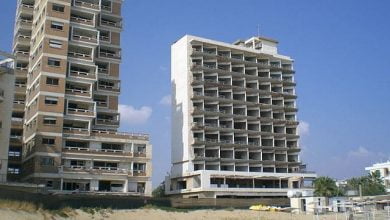 In Cyprus, Get One’s Property Back but Recognize a Turkish Cyprus