The government of Ecuador decided to declare again the state of exception for the prison system after another riot in a prison detaining drug traffickers, killing at least 116 inmates. Drug gangs fight for the leadership of the cocaine market.

On September 28, the Penitenciaría del Litoral, a prison in the Ecuadoran port city of Guayaquil, was subject to the worst prison riot the country experienced.

According to the authorities, the incidents occurred between inmates of different pavilions of the prison. The police reported the situation was under control and communicated to have seized an automatic riffle, a gun, knives and drug. Death count was thought to be of about 30 people, with at least 6 people who were beheaded.

But on September 29, President Guillermo Lasso informed during a press conference that 116 people died during Tuesday’s clash and more than 80 were injured.

The prisons in Ecuador, with a capacity of 30,000 people but detaining 39,000 inmates according to the Comisión Interamericana de Derechos Humanos, have been suffering from blatant and increasing violence recently.

Drug gangs fight for the leadership of the cocaine market since the assassination of the longtime head of Los Choneros in December 2020, a gang allegedly linked to the Mexican Sinaloa cartel, who used to dominates the market.

Ecuador is a hub for the drug supply chain. InSight Crime describes the country as a “cocaine superhighway“. More than a third of the cocaine produced in Colombia would pass through Ecuador before being dispatched to the United States, Europe, or Asia. And Guayaquil is the most important port of the country.

On August 13, a record-number of 9.6 tons of cocaine was seized in a house of Guayaquil. A series of assassination from hitmen quickly followed in the city.

Drones attacked a prison in Guayaquil

On September 19, authorities seized 160 blocks of cocaine in the city of Guayaquil, which they believed was intended to go to the Penitenciaría del Litoral.

On September 22, a week before the riot, a search was executed in that very same prison, in a pavilion where members of Los Choneros are held. The police found numerous cell phones, guns, ammunition, 27 knives, a grenade, and even 12 sticks of dynamite.

On August 25, few days after a death was reported in the prison, police searched two other pavilions of the Penitenciaría del Litoral.

One had a sort of a swimming pool carved in concrete, and symbols and names of the two recent leaders of Los Choneros. Another wing had 5,000 sachets of drug, a dedicated post guard or even an automatic riffle hidden in the roof. Rounds of ammunition and smartphones were also seized.

Two weeks ago, the maximum-security facility of the Regional de Guayaquil, a prison just meters away from Penitenciaría del Litoral was attacked by drones.

At dawn, three large explosions damaged the roof of the penitentiary center detaining the most dangerous inmates of the country, among them the two new leaders of Los Choneros. Villagers reportedly thought the noise originated from an earthquake. It didn’t make any casualties.

The state of exception used too often for the Constitutional Court

The National Service for Global Attention to Adults Deprived of Liberty and Young Offenders of Ecuador consider they are “in the middle of a war between international cartels“. In fact, Ecuadorian gangs act more like subcontractors and take care of shipping or distributing drug from the Mexican or Colombian cartels.

And the year 2021 has been marked by several episodes of prison violence between drug traffickers in Ecuador.

In February, coordinated attacks in four different prisons, including both facilities in Guayaquil, ended with the death of 79 inmates. It appeared to be an ambush to the Choneros from dissident groups and other competitors like Los Lobos or Los Tiguerones.

It used to be the worst incident of the sort in the country, before the one in September.

In July, another 27 inmates were killed in various prisons of the country. The police later communicated that they also arrested about 80 people who escaped during the riots.

Ecuador President, in office since May, had already declared a state of emergency on the prison system in July.

But using this type of measure has been rather common in the country recently. His predecessor Lenín Moreno also issued two decrees declaring the state of exception for issues in prisons in August and October 2020.

At the time, the Constitutional Court of Ecuador, expressed its opinion against such practice. It stressed out that such measures should be temporary and shouldn’t substitute structural actions aimed at solving the issues in the prisons. 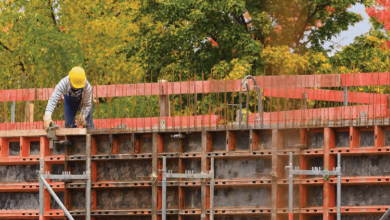