In the context of food price increases, Egypt will control the price of bread to limit inflation on a particularly essential food commodity for Egyptians.

President Abdel Fattah El Sisi on March 15 directed the government to set a price for unsubsidized bread in an attempt to control recent food price inflation because of the war in Ukraine.

El Sisi asked to study production costs and pricing of unsubsidized bread. Moreover, the cabinet authorized the Ministry of Supply to implement a control price mechanism on unsubsidized loaves of bread for a period of 3 months.

The regulated price has not been disclosed, yet, but authorities will need to make sure the measure will be respected. Cairo governor already plans to open a hotline for the population to report on merchants who would not respect set prices.

Egypt is the world’s largest importer of wheat. The war between Ukraine and Russia, both large wheat producers and exporters to Egypt, has considerably increased the price of wheat and flour. Moreover, Ukraine has banned export of wheat and regulated exports of byproducts to give priority to its population and avoid a “humanitarian crisis”.

Bread is an essential part of Egyptian diet. Some loaves are freely priced according to the market law of supply and demand. The country has also government-regulated subsidized bread that costs much less than unsubsidized loaves of baladi bread.

Price of bread is a sensitive matter in Egypt. In 2017, protesters marched in the streets in fear of a slash of bread subsidies. During the 2011 revolution, “bread, freedom and social justice” was the rallying chant of mass protests. In 1977 already, the Egyptian bread riots against the termination of state-sponsored food led to the deaths of about 70 Egyptians in two days.

With the war in Ukraine and wheat price skyrocketing on international stock markets, the price of unsubsidized bread in Egypt increased 40%-50% recently. And in that context, many countries try to secure their national food supply by restricting exports of their production.

Egypt also tries to secure its national supply of wheat.

On top of price control, the government will support Egyptian farmers with a subsidy to cover delivery and transportation costs as an incentive to increase local supply of wheat. The incentive approximately increases by 8% the price farmers will sell their crop to government agencies.

Farmers will also be able to sell their spring harvest to the state starting April 1 instead of April 15.

Moreover, the Ministry of Supply requires a minimum quantity of wheat that farmers need to supply to the state. If larger farms supply more than 90% of their spring harvest to the state, they would also get reimbursed fertilizers for the summer planting season.

The president ordered to increase stockpile of basic food commodities so that they last for at least 6 months. Officials say Egypt has enough supply of wheat and rice until the end of year, and stocks of beef, poultry and oil for five to six months.

As the month of Ramadan approaches, the most vulnerable Egyptians will receive boxes of basic commodities and have access to food at reduced price. 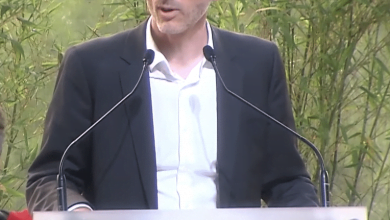