German pensioners will experience a significant raise in 2022. Such an increase was not seen in almost 40 years in western Germany. As of July 1, pensions will increase by 5.35% in western Germany and by 6.12% in eastern Länder, the Federal Ministry of Labor announced on March 22.

The pension point value is the basis of the calculation for German pensions. It is then multiplied by the pension points you earned throughout your career.

The annual adjustment is significantly higher than expected. Last November, Federal Labor Minister Hubertus Heil said the growth would be 4.4%.

In western Germany, a similar increase would date back to 1983 when pensions grew 5.59%, according to T-Online. In eastern Germany, where pensions are still lower, the last similar growth was in 2016.

The reason for this year’s exceptional growth is the positive evolution of pension contributions.

Germany operates a three-pillar pension system, comprised of the mandatory state pension, occupational pensions and private pensions. But their system very much relies on the public pension system financed by contributions from employees and employers.

And public-funded pensions in Germany are indexed with wages. State pensions should be set at 48% of average salaries by 2025, with contributions capped at 20% of gross pay.

But the increase could have been even higher. The pension adjustment for July actually takes into consideration the reinstatement of the so-called “catch-up factor”, an agreement made by the coalition government even though it hasn’t passed into law, yet.

In Germany, a federal state pension guarantee excludes pension cuts by law. However, a catch-up factor (nachholfaktor) reduces pension adjustments in the next years until what was supposed to be cut is compensated.

This catch-up factor was suspended in 2018 until at least 2025. But the coalition government which took office last December agreed to reinstate it.

Pensions were supposed to experience a nationwide decrease last year because of a reduction of premium incomes in 2020 with the COVID-19 pandemic. But it didn’t happen with the state pension guarantee (pensions still grew 0.7% in eastern Germany). However, as a consequence of the catch-up factor, the pension increase for 2022 is reduced by 1.14%.

Economists criticized the freeze of the catch-up factor because it ended up only increasing pensions even though German salaries shrank, which forced Germans workers to contribute the same even though they earned less.

Germany has approximately 21 million pensioners and an aging population that puts pressure on the pension financing system. Ten percent of its gross domestic product is spent on public pensions and its population aged over 65 accounts for 36.5% of the working-age population according to OECD data from 2019.

While the economic crisis with the COVID-19 pandemic restricted pension adjustments last year, the fast economic recovery in 2021 resulted in a significant pension increase for 2022.

In February, the government announced that the statutory minimum wage will increase to 12 euros gross per hour starting October, which would help likely help increase pensions next year, as well. 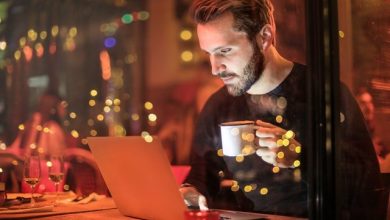 Will Irish pubs become the next start-up incubators?