A tax on electronic transactions has raised strong opposition in Ghana. The E-levy has now been implemented but opposition members still hope to have it repealed. The controversial tax on electronic transactions, or E-levy, was implemented on May 1 with a few hiccups, after months of back and forth and hotted debate. But opposition members still want to see it repealed.

In November 2021, Ghana’s Finance Minister announced the introduction of a 1.75 percent tax on electronic transactions, originally programmed to start in January 2022, in order to collect 9 billion cedis a year (US$1.2 billion).

For the government, this E-levy will extend the tax base and ensure that digital and informal businesses contribute to national development. Revenue would help fund its flagship YouStart Program requiring GH¢10 billion for the next three years to support young entrepreneurs.

On the other hand, critics say the tax will hurt low-income people and those outside the formal banking sector who do business and make financial operations directly on their mobile phones. The E-levy indeed applies to electronic transactions operated by mobile, except for paying tax on government platforms or for internal transfers between two accounts from the same owner.

Mobile money, or momo, was introduced in Ghana in 2009 and became wildly popular. With their electronic wallets, Ghanaians are able to save, send, and receive money using their mobile phones, which improved the population’s financial inclusion as the creation of a bank account, recurrent payment of bills and the management of savings become easier.

Operators now fear people will go back to cash payments and reduce their activity.

Given the strong opposition to the project, the E-levy was modified so that it exempts payments when they amount to less than GH¢100 ($14) a day, which accounts for approximately 7 days paid at the minimum wage. The tax rate was also reduced to 1.5 percent before the bill was voted in Parliament. From GH¢9 billion to GH¢6.9 billion ($945 million), the government now forecasts the tax will bring GH¢4.5 billion a year ($616 million).

In December, a fight between lawmakers erupted at Parliament during a debate about the digital tax. A political activist opposing the E-levy was arrested and charged with treason felony in February after authorities considered a Facebook post a call for a coup.

In a third reading of the bill, the E-levy eventually passed in Parliament on March 29 while opposition members walked out of the chamber right before the vote, which was conducted and approved by the majority in a voice vote.

The National Democratic Party (NDC) considers participants didn’t reach the quorum and as such that the outcome is unconstitutional. A case has therefore been brought to the Supreme Court. The attorney general argues the quorum was reached.

NDC lawmaker Samuel Okudzeto Ablakwa on a Facebook post wrote he would expect to “take (the matter) over the streets” if the Supreme Court rejects their claims. He added the massive demonstrations in 1995 against the introduction of VAT that the current president Nana Akufo-Addo led would be child play in comparison.

John Dramani Mahama, the president of Ghana between 2012 and 2017 from the NDC, said on Monday during a conference that an NDC government in 2025 would repeal the E-levy law to “get the nation out of the hell hole the government has dumped us”. Mahama said he did not oppose taxation but that the E-levy was a “distortionary and burdensome” measure with limited benefits meant to compensate for poor management of Ghana’s economy during the current government. 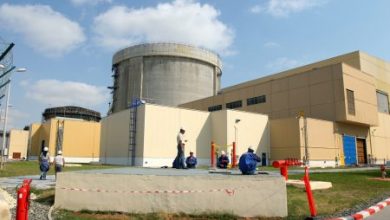 Large Banks Can Resume with Dividends