Zurich West Prison in Switzerland will host volunteers during three days as part of a drill before it starts detaining inmates for real.

Hundreds of people volunteered to spend some time in a prison facility of Zurich before it accepts its first inmates.

Zurich correction authorities said on February 17 they received 832 applications to test the cells from March 24 to March 27. Details are still being worked out such as the number of spots that will be allocated in “Gefängnis Zürich West”, Zurich West Prison.

Next month’s trial run will allow corrections officials to test the jail’s capacity, services and operations, as well as to review their cooperation and communication with other authorities, such as police and prosecutors.

The facility is expected to house up to 124 people who are under provisional arrest and to have 117 places for individuals held in pre-trial detention. The prison will employ 146 people.

Participants will not pay anything but will not be financially compensated either. They will be treated like inmates in some regards: testing food, undergoing intake procedures, walking the yard, etc.

An opportunity to change misconceptions about prison personnel

The volunteers can’t bring cellphones or other electronic devices inside either. Every participant will need to undergo checks similar to airport screenings but strip-searches upon entry will remain optional.

Volunteers will also receive a “safe word” they can give the staff to stop the experience immediately if they don’t support the detention conditions.

Prison facility authorities also hope the drill will help clear up what they consider misconceptions about how guards, wardens and other employees operate in such facilities.

“We wanted to use this opportunity to show how we really work and how much professionalism and experience is needed to work with inmates,” Marc Eiermann, head of prison management at Zurich West Prison, said in an email.

Elena Tankovski, a spokeswoman for the Zurich region’s corrections and rehabilitation services department, said by phone: “A lot of our wardens have a lot of social skills. They know how to treat people right. […] They are actually more a carer than a guard.” 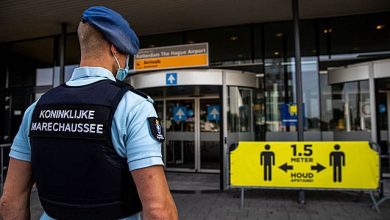