Turkish President Recep Tayyip Erdogan wants to restore properties to their owners in Varosha, a militarized area considered as a ghost town in Northern Cyprus. But it would mean recognizing a Turkish Cyprus.

47 years after Turkey’s armed forced came to Cyprus when the Greek military junta tried to annex the island to Greece, Varosha, or Maraş in Turkish, in the city of Famagusta may find some of its inhabitants again. But the conditions, decided unilaterally, worries the international community.

On July 20, during his speech for the anniversary of what is called an invasion or a freedom fight depending on the side of the story, Mr Erdogan expressed his will to reopen Varosha, a quarter of Famagusta in the north of Cyprus.

Once a touristic destination, it is now surrounded by barbed wire and inhabited since the Cypriots, mostly Greek, left their homes in 1974. Often referred as a ghost town, vegetation and wildlife have taken over some streets.

For the reopening, the area would be demilitarized. Moreover, a pilot program on 3.5% of Varosha would let the population regain ownership of their properties. But for that matter, they would need to apply to a commission managed by the Turkish Republic of Northern Cyprus.

Getting their homes back, Cypriots would recognize the Turkish Cyprus

As a consequence, Cypriots asking for their property would act as a recognition that the land is ruled under Turkish Cypriot laws since applicants would need to accept the authority of TRPN’s administration in the area.

Mr Erdogan mentioned that “we do not have an eye on anyone’s lands, rights or properties” but stressed that “the sovereign equality and equal status of the Turkish Cypriots must be acknowledged“, referring to the Turkish Republic of Northern Cyprus as an official state.

The Turkish Republic of Northern Cyprus is a state created in 1984 only recognized by Turkey. In fact, the decision announced by Ersin Tatar, the President of the TRNC is more regarded by the international community as one made by President Erdogan.

The High Representative of the European Union Josep Borrell expressed “deep concern” for the “unacceptable unilateral decision to change the status of Varosha“. The United States Department of State urges the “decision to be revoked“.

The UN Security Council meets on July 21 to discuss the situation. 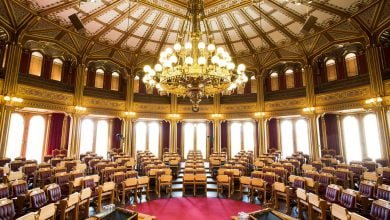