KFC Kenya said its restaurants were out of potato chips at the moment and justifies it by the disruption of shipments due to the Covid-19 situation.

KFC restaurants has not been able to sell French fries to their consumers for the beginning of 2022.

“You all loved our chips a little too much, and we’ve run out. Sorry! Our team is working hard to resolve the issue” KFC posted on their social media accounts on January 3.

In the meantime, KFC offers a replacement for the missing fries such as a piece of chicken, coleslaw, a drink or ugali, a typical flour porridge.

Increased orders during December’s festivities like Christmas and New Year’s Eve led to a major shortage on its potato stocks, the company explained.

KFC operates operates in Kenya, Uganda and Tanzania via franchises managed by Kuku Foods. And according to Jacques Theunissen, Kuku Foods’s C.E.O., the shortage “has to do with delays in shipping lines due to the Covid situation. Ships have been delayed for more than a month now, but we are working hard to restore as the first containers are arriving in the port”, Business Daily Africa reported.

Shipments and demand have been highly affected due to the Covid-19 pandemic, causing several supply shortages globally.

In fact, KFC imports its potatoes despite the 1.86 million tonnes produced in Kenya in 2020 according to F.A.O. data. Kenya has been approximately the 34th largest producer of potato in the world in recent years. But the production is mostly scattered in small farms in the highlands.

On social media, some have complained KFC doesn’t buy potatoes locally and started a thread with the hashtag #boycottKFC on Twitter.

“The reason we cannot buy local at the moment is all suppliers need to go through the global Quality Assurance approval process and we cannot bypass that, even if we run out, to ensure that our food is safe for consumption by our customers”, Jacques Theunissen added.

The C.E.O. of the National potato council of Kenya encourages KFC to work with them so that Kenyan farmers can supply potatoes to the American fast-food giant. “With proper arrangement and planning, all varieties can be introduced in Kenya. We are willing to support them and introduce the varieties they want“, he told The Standard.

KFC first opened in Kenya in 2011 and has currently about 40 restaurants in the country, mostly located in Nairobi the capital city. 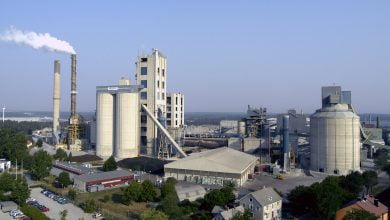