The nonprofit organization Oxfam released the report “Tightening the net” in August 2021 where it demystifies grandiose goals of “net zero” emissions from countries and corporations. Mostly based on restoring or increasing forests, the nonprofit concludes the overall objectives are not achievable.

In order to fight climate change, governments and companies have recently embraced the issue by committing to have net zero emissions.

But while most of them are still in early stages, Oxfam warns net zero climate targets “could end up being a dangerous distraction” from effectively tackling climate change. The report considers “long-term net zero targets distract attention from delivering near-term and tangible climate action”.

One of the reasons is the lack of a clear and agreed definition of carbon emission neutrality. In fact, Paris agreement don’t include nor define terms like ‘nature-based solutions’ or ‘net zero’ that thrive in climate change discussions.

Achieving net zero carbon emissions is compensating greenhouse gas already emitted in the atmosphere. It can be done by restoring forest, preserving mangroves or adapting cultivated lands. But net zero emission is actually different from not emitting carbon.

For Oxfam, governments and corporations therefore rely on large areas of land to plant trees and capture carbon emissions. Nonetheless, those areas would prove to be insufficient to cope with the situation.

According to the report, targets are impossible to reach because there would not be enough land on earth to do so. It is “mathematically impossible to plant enough trees to meet the combined net zero targets announced by governments and corporations, as there is simply not enough land to do this”, the report adds.

According to Oxfam, there would need more than global cropland currently used, or five times the size of India, to plant trees necessary to neutralize carbon emissions.

Ethiopia, only the 94th largest worldwide polluter, committed to become carbon neutral. Its strategy relies heavily on an adaptation of its agriculture and an ambitious plan of planting 20 billion trees between 2020 and 2024. Although Oxfam acknowledges the country is doing “its fair share in terms of tackling the climate crisis“, it yet estimates the current plan would require more than half of Ethiopia’s lands to fulfil its own goal.

If the oil and gas industry were carbon neutral, half the size of the United States would be necessary, Oxfam calculated.

Furthermore, such pressure on lands could create “mass hunger and displacement of people across the world“.

Change in agriculture and diet rather than land expansion

Moreover, many net zero objectives include offsets which in the end would only further delay “real climate action”. Offsetting carbon emissions to meet net zero goals, which consists in buying carbon quotas from another company or a country, threatens to impact low-income countries whose forests would be used for rich countries to keep on polluting.

The report points out Switzerland as an example, which would offset its carbon emissions by buying quotas from Peru and Ghana, and then use their lands as a carbon reservoir and only act as a transfer of pollution.

For Oxfam, a more sustainable alternative lies on a “food-first” approach, targeting both climate change and hunger by adapting agriculture methods and food habits. 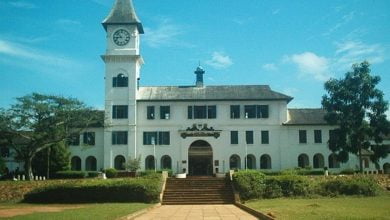