Today’s newsletter covers a Mexican drug cartel recruitment process, a deal on nuclear reactors between Romania and the U.S., a cashback program to boost tourism in Argentina, a potentially new ancestor of the Homo Sapiens, and more.

Three children between 11 and 14 were recruited via a popular online mobile game to work 1,200 km from their hometown. They would have been paid almost 4 times as much as the minimum wage in Mexico. Their job: surveillance on the top of a hill and alert people if police show up.

In the first commercial agreement of this kind, Romania will buy small modular nuclear reactors from the United States. Considered to be the next generation of nuclear power plants, the competition is on between countries. However, the U.S. has not built a single SMR. But they are involved in the most projects, along with Russia which already has a mini nuclear reactor operating. China and Argentina are also close frontrunners. Romania, a former member of the Eastern bloc, wants to be positioned as a regional education center.

In order to boost the tourism industry, Argentina renewed a program reimbursing 50% of prepaid travel reservations. For foreign tourists they provide preferred conversion rates, which is also a way to better control the dólar blue, the American dollar sold against pesos in the informal market.

Some scientists called for a change of taxonomy that would affect the lineage of our current species, the Homo Sapiens. Homo bodoensis, from a fossil found in Bodo D’ar in Ethiopia in 1976, would then become our direct ancestor, sharing a common ancestor with the Neanderthals, our closest human relatives extinct 40,000 years ago. In anthropology, species are used to separate ancestor groups with similar characteristics or geographic ranges.

Gambia, the only country recorded compatible with the Paris Agreement

Only Gambia’s policy meets the objectives of the Paris Agreement to limit global warming at 1.5 degree celsius, according to the Climate Action Tracker studying policy and actions of 64 countries. Iran, Russia, Saudi Arabia, Singapore, Thailand, Turkey and Vietnam are considered to take “critically insufficient” actions.

Foreign currencies became illegal in Afghanistan because it has “negative effects on the country’s economy” according to the Taliban deputy spokesman. The American dollar or the Pakistani rupee, in the northern region close to the border, are often used for international trade.

A hacker group leaked personal user information from a gay geo-located dating and nightlife app, and files of 290,000 patients from a medical institute during the same day. Black Shadow, an Iran-based hacking group according to the Times of Israel, had hacked an Israeli internet hosting company last Friday and asked for a $1 million ransom, which they allegedly did not receive.

A cap of rent increases in Ireland?

In Ireland, the government is building a New Housing plan. It aims at permanently capping rent increases at 2%, or according the inflation if it is lower. The Minister of Housing consulted with the Attorney General to ensure there are no legal challenges.

A large jailbreak in Nigeria

On October 22, 906 inmates escaped from jail after an attack on a prison in Oyo, in the west of Nigeria, from unidentified gunmen with grenades and explosives. Within two days, about half of them got recaptured, which left almost 400 people at large; 69 escapees didn’t succeed in leaving the facility. Last April, a correction facility was sacked with explosives, setting 1,800 inmates free. 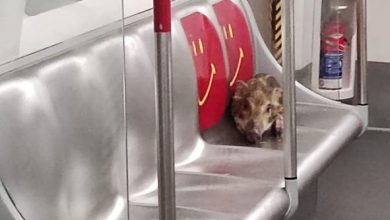