A lobbyist accused the president of Peru Pedro Castillo of being at the head of a criminal organization manipulating public tenders during clandestine meetings.

On December 17, the Public Prosecutor’s Office inspected the properties of Karelim López and Bruno Pacheco for an investigation into influence peddling.

The search was related to corruption suspicions about a public tender with the Ministry of Transport for the construction of a bridge, Puente Tarata III, in San Martin, a remote region characterized by Amazonian rainforest in northern Peru. The Ministry of Transport and Communications eventually nullified the contract after procurement irregularities in January.

Karelim López, 41, is a lobbyist who has been navigating around government officials and representing companies for years.

Faced with potential jail time, Karelim López decided in mid-February to cooperate with authorities, acknowledging her participation in crimes to the Prosecutor’s Office for Money Laundering. In documents that are not public but that media abundantly report on, she would have accused the president of Peru Pedro Castillo to be the head of a criminal organization. This “mafia group” would manipulate public tenders and fix winning bidders.

“I need to pay people who financed my campaign,” the president reportedly told López.

Presidents of Peru are regularly involved in corruption suspicions.

The allegations made to the Prosecutor’s Office for Money Laundering need to be investigated and proved by authorities. But they were a bombshell in an administration that already saw several ministers resigning in only 8 months.

The president’s close-knit team would be made of family members facilitating the operations, the former secretary general Bruno Pacheco, the minister of Transport and Communication Juan Silva, and five congressmen from the right-wing party Popular Action called Los Niños.

According to Karelim López, Los Niños would obey to do politically everything the president tells them to do in exchange for public contracts. They reject such claims.

It would involve many more people and companies, including several Chinese construction companies as well as anti-corruption prosecutors who allegedly protected the president’s maneuvers.

Bruno Pacheco, the former secretary general of the president, under investigation with Karelim López for the contract about the bridge Puente Tarata III in San Martin, has been under scrutiny by authorities. In December, Peru’s justice barred him from leaving the country for 8 months as he is under investigation for aggravated influence peddling against the country.

In November, authorities found $20,000 in cash hidden in the toilets of his office at the Government Palace.

Bruno Pacheco was also suspected to have interfered in the nomination of high-ranking military, along with putting pressure on various agencies to influence the nominations of people.

Former Minister of Energy and Mines Iván Merino said Bruno Pacheco pressured him to appoint Hugo Chávez Arévalo as general manager of PetroPerú, the state-owned oil company, which he categorically refused to do. Hugo Ángel Chávez was appointed general manager a day after Iván Merino resigned from his position in October.

Pacheco resigned from his position, which he held for only four months, in November.

Later in January, another search was operated at a house for an investigation on Bruno Pacheco for “illicit enrichment”. His bank accounts suspiciously received a lot of money while he only spent 3,600 soles ($950) in four months. He received 95,000 soles ($25,000) as income during his 4-month tenure as secretary general while his total public salary was only 75,000 soles. Moreover, the National Prosecutor’s Office noticed a cash deposit of 20,000 soles in August from a chauffeur assistant hired a week earlier.

López also allegedly took a USB key from Pacheco with information about the corrupt politicians and businesses.

Public contracts from the Ministry of Transport fixed?

The corruption scheme would mostly consist of granting state contracts issued by the Transport Ministry.

Rudbel and Fany Oblitas Paredes, son and daughter of the President’s sister-in-law would have multiplied visits to the Government Palace and the Ministry of Transport and Communication without having public functions. Karelim López accuses them of coordinating the allocation of contracts of the Special National Transport Infrastructure Projects.

Between August and December seven contracts worth 800 million soles ($215m) would have been granted to companies like China Civil Engineering Construction Corporation and China Railway Tunnel Group, which are partners of Ingeniería Integración de Proyectos (INIP), a company related to some of Los Niños.

Since the beginning of Castillo’s administration, 6 Chinese companies won public contracts for a total worth 1.8 billion soles ($483m).

On the other hand, Karelim López is said to try to harm companies and protect her clients. She would be working for Gezhouba Group, another Chinese construction company participating and winning public tenders, which has a conflicting competition with the companies López mentioned.

On March 2, the Minister of Transport and Communications, Juan Silva, resigned from his position while rejecting any wrongdoing. Highly criticized since his nomination, Silva’s resignation came as Congress was preparing a motion of no confidence against him.

“A series of speculations are circulating in monopolistic press with the objective to attack democracy,” the president said on his Twitter account on February 26. “Mrs. Karelim López has provided the Public Prosecutor statements without legal basis or consistency with the truth, threatening the ethics and transparency of all investigation procedures,” continued Castillo. “I call on the international community and the Peruvian people to remain vigilant against any destabilizing attempt and coup in the country, perpetrated by those who still don’t accept their defeat.”

Pedro Castillo’s election last June was a tight win and was contested by the opponents.

Clandestine meetings with Pedro Castillo outside his office

Congress’s Audit and Control Commission, led by a political opponent of Castillo, has then asked to come on March 7 to answer several dozen questions, from his relations with Karelim López to clandestine meetings outside his office.

His nephew and niece would have organized the agendas of secret meetings in a house at Pasaje Sarratea, a small street in Breña, a district in Lima’s metropolitan area.

There, the president allegedly met Karelim López, Bruno Pacheco and Fray Vásquez, Castillo’s nephew, along with many others. This would be the place where deals would be allegedly arranged. López, Pacheco and Vásquez have been put under investigation regarding these secret meetings.

The president doesn’t have to comply with the commission’s request.

Opposition Congress members are trying to set up a vacancy motion against President Castillo to remove him from office for “permanent moral incapacity”. In December, a similar vote was rejected by Congress. It was the fourth vacancy motion initiated in the last five years. 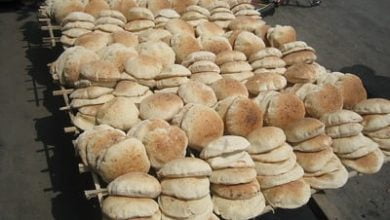