The president of Chile Gabriel Boric has already a majority of people dissatisfied by his presidency only five weeks after being in power. His popularity suffers from difficult discussions to build a new constitution in a context of high inflation.

Already 50% of the population are dissatisfied by the president of Chile Gabriel Boric according to the latest weekly opinion poll from Cadem, one of the main market research companies of the country, released on April 17.

For the first time since the president took office on March 11, disapproval was higher than approval in both opinion surveys. People who waited to shape their opinions tend lean into disapproval, Cadem’s opinion survey seems to show.

On March 18, or a week after he assumed power, 50% of the population approved the president’s actions, which only decreased by 10 percentage points. And only 20% had an unfavorable opinion at the time according to Cadem (only 37.5% people approved Boric from the start of his presidency in Activa’s survey). A month ago, 30% was still undecided or didn’t answer. But as the population shaped its opinion about the president, only 10% are now undecided or didn’t answer. Meanwhile, disapproval constantly increased to reach 50%.

Elected in December with 55.9% of the votes, Gabriel Boric, 36, became the youngest president of Chile and ended more than a decade of two presidents succeeding from each other. As a left-wing politician and former student leader, Boric was a key figure of the 2019 civil unrest in Chile that paved the way for a referendum to change the country’s constitution and helped unite the left and center-left opposition for the presidential elections. He came second during the first round of the elections and then won the runoff against the far-right politician José Antonio Kast.

But support and trust for the people in charge of building the new constitution have been fading in few weeks, bringing down Gabriel Boric’s popularity along the way.

The Constitutional Convention and its 155 conventional constituents elected in July 2021 still need to finalize the document by July 2022. It wasn’t able to draft it in nine months and need an extension period of three months.

The population needs to validate the constitution in a national plebiscite scheduled for September. But while 56% had a favorable opinion about the Constitutional Convention in the end of January, only 38% are now satisfied with it. Activa shows a slightly higher approval rate at 46%.

For months now, discussions on such an important topic are perceived as chaotic, fueled by controversies, polarized ideas and confusing communications. Traditional political right-wing and center-left parties, which received fewer representative seats than usual, also question the legitimacy of the convention.

The perception that the country is on the right track falls to 33% of surveyed Chileans, 17 points less than in March 18 according to Cadem. For Activa Research’s Pulso Ciudadano only 18% of Chileans think the country is improving.

For 57% of the population surveyed by Cadem, inflation is the main cause of economic difficulties in Chile. The consumer price index of the country grew 9.4% over the last 12 months.

The population tends to link the roots of inflation with the COVID-19 pandemic (41%) and withdrawals from pension funds (21%).

On April 18, the Chamber of Deputies rejected another withdrawal of 10% of individual pension funds for paying debts, buying one’s first personal residence or alimony.

For Activa Research, inflation is the second most important concern right behind criminality (41.3% and 41.7%). Pensions come fourth at 21%.

According to Cadem, this downward trend for a president was not seen with his predecessors. In the second governments of Sebastián Piñera and Michele Bachelet, dissatisfied people exceeding those who were satisfied by their president started to appear in weeks 37 and 33, not week 5.

The former president Sebastián Piñera now has a 30% approval rate. Michelle Bachelet, who has left the office in 2018 and is now the United Nations High Commissioner for Human Rights, is more popular with 55% of approval. Both alternated as president of Chile between 2010 and 2022. 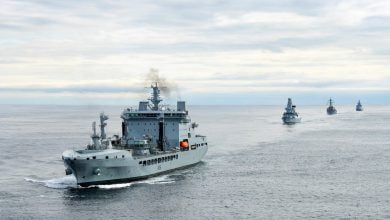