Saudi Arabia restricts Hajj only to Saudi and local residents for the second year in a row because of concerns about the pandemic situation. Only 60,000 people immune of Covid-19 can attend.

Only 60,000 Muslims will be able to perform the Hajj in 2021. Saudi Arabia’s policy is due to the pandemic and wants to limit the transmission of Covid-19.

Saudi Muslims or residents of the Kingdom allowed to come need to be aged between 18 and 65 and have not performed Hajj in the last 5 years. They need to have received a first dose of a Covid-19 vaccine or be immune, and free of chronic diseases. Women can register without a mahram, a male relative who need to accompany her during a travel, along with other women. Based on those conditions, priority is also given to those who didn’t perform Hajj before.

Hajj is an annual Islamic pilgrimage to Mecca part of the five pillars of Islam and must be carried at least once in a lifetime. It is supposed to take place between July 17 and 22 this year. It is different from Umrah, a pilgrimage to Mecca that Muslims can make any time. Hajj is believed to be the largest human gathering in the world.

Saudi Arabia manages quotas for people to come to Mecca in order to avoid overcrowding. It can take about 20 years to be able to perform Hajj as the applicants largely outnumber the available seats. Quotas for foreign countries usually account for 0.1% of the Muslim population of a country and can be part of discussions between diplomatic officials.

Indonesia has already cancelled trips for the Hajj

With the world’s largest population of Muslims, about 225 million people, Indonesia usually has the most quotas before India. Indonesia had 221,000 pilgrims allowed before the pandemic.

But Indonesia had already announced last week it cancelled the trips organized for Hajj for the 2nd year in a row. The Minister of Religion manages the trips and travel arrangements like flight contracts for the Indonesians authorized to make Hajj. The country has a state-controlled monopoly on the assignment of the quotas given to Indonesia. The government said Saudi Arabia had already assigned quotas to countries but none were given to Indonesia.

Pakistan also relayed the information that the quotas has been decided. It thought the Kingdom allowed for a total of 60,000 pilgrims, including 15,000 for the local population. But Saudi Arabia denied any quotas were given because there was no decision made yet on the situation.

On June 13, Saudi Arabia therefore announced that only 60,000 Saudi and local residents would perform Hajj this year. Regarding the population coming from Indonesia, India or Pakistan, entry on Saudi Arabia’s territory was forbidden anyway. Since May 30, people coming from Indonesia, Pakistan, India, Egypt, Turkey, Lebanon, South Africa, Brazil and Argentina and had to spend a 14-day isolation period to before pretending entering into the Kingdom. Last year’s restrictions were decided on June 22. 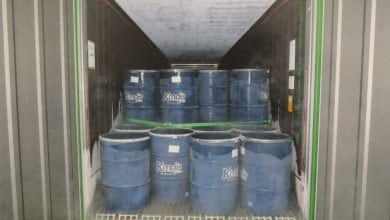