Slovenia restructured consumer loans contracted in Swiss francs up until 17 years ago. Slovenes contracted loans in the Swiss currency but they became more difficult to reimburse since the ‘francogeddon’ in 2015. The National Assembly of Slovenia passed a law on February 2 in order to solve the issue of loans in Swiss francs with 52 votes in favor and eight against.

A lot of Slovenes contracted loans in Swiss francs but they became difficult to reimburse because of exchange rate fluctuations.

It means that the cost for reimbursing the credit cannot be inflated by more than 10% because of exchange rate differences between the two currencies.

Moreover, banks need to repay borrowers if they paid too much in light of the new 10% exchange rate cap imposed by the Slovenian law. And the law affects contracts retroactively, even if the loans have already been reimbursed in full.

Banks and the government were opposed to the bill.

Banks argue the law will not be fully applicable as personal data isn’t kept for longer than 10 years after the termination of the contracts. As such there would be no data for loans repaid before 2012.

Almost 10% of loans in Slovenia contracted in Swiss francs

Slovenia replaced the tolar by the euro in January 2007.

But between 2004 and 2008, almost 1 in 10 loans in Slovenia were contracted in Swiss francs according to 24ur. It provided more favorable financial conditions for borrowers. Austrian banks were particularly active in selling these financial products.

However in January 2015, the Swiss National Bank suddenly abandoned the cap on the Swiss franc’s value against the euro. The limitation in exchange rate fluctuations retained the Swiss franc relatively low compared to the euro to protect the Swiss export industry.

And by stripping off the exchange rate controls, referred to as the ‘francogeddon’, Swiss franc value jumped by 30% in few hours compared to the euro and remained significantly high on the long term.

The francogeddon considerably increased the fees for Slovene borrowers.

Banks were blamed for their aggressive selling tactics and for not having sufficiently communicated about the risks of their products.

In 2019, the National Assembly rejected a previous bill proposing to convert the loans into euro.

The Association of Slovenian Banks advocated for solutions on a case-by-case basis rather than a systemic approach.

For the Slovenian Consumers’ Association, the position of the banks “does not take into account the long-term financial and social consequences of repaying loans in Swiss francs (CHF) to Slovenian consumers”. Moreover, it argues that these “loans were explicitly described by the Austrian financial market authority as an unsuitable form for long-term mortgages or consumer credits“.

For NLB, the largest bank in Slovenia, the new law will reduce wealth of all citizens of Slovenia. The Republic of Slovenia owns 25% of NLB.

NLB said in a statement it was ready to challenge the law before the Constitutional Court and, if necessary, in front of relevant European forums.

Based on its preliminary calculations, the law would cost the bank between 70 and 75 million euros ($79-85m). In its latest financial report, NLB’s net profit after taxes was 410 million euros for the period January-September 2021.

For Addiko Bank, the law could affect the bank’s results by 100 to 110 million euros and would lead to negative financial results in 2022. Addiko Group reported a result after tax of 9.6 million euros for the first nine months of 2021. Addiko operates in Austria, Slovenia and a four other Central and South-Eastern countries in Europe.

“It is a decision that will benefit over-proportionally only a few people. For our subsidiary in Slovenia, just about a tenth of affected borrowers would take a pay-out of roughly half of Addiko’s estimated impact” said Herbert Juranek, the CEO of Addiko Bank in a statement. 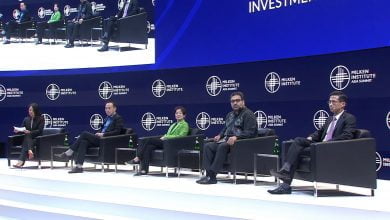