The Spanish Catholic Church announced an investigation about past and present sexual abuse. The news comes only few weeks before the government is expected to vote a parliamentary inquiry on Church abuses.

The Spanish Catholic Church will mandate a law firm to conduct an inquiry into past and present sexual abuse that may have been committed by the clergy, members of religious orders, teachers and other people associated with the Church.

The law firm Cremades & Calvo Sotelo and the president of the country’s bishops’ conference Cardinal Juan José Omella announced the inquiry on February 22. It will last a year.

Cardinal Juan José Omella said the goal is “the help and reparation of the victims, establishing new and additional channels to collaborate and denounce, in addition to those existing in over 40 offices established by the Church”. The inquiry is intended to cover all abuses and is not bound to a certain time period according to Javier Cremades, the law firm’s founder, and Catholic himself.

The law firm founder said he would not charge the Church for the investigation, and would only require the Episcopal Conference to cover for logistical costs or fees of external advisors.

The announcement comes as Spanish lawmakers are expected to vote in March a parliamentary investigation on the sexual abuse committed by the Catholic clergy. Javier Cremades said he wants to coordinate with Spanish authorities.

The Spanish Church reluctant to an investigation on sexual abuse

“This is not an alternative, but probably a complement to what they have to do, but in a professional, organized, certified way, so that no one can doubt that it could be a manipulation by the Church, by the powers that be or by any third party,” the lawyer said.

The announcement shows a departure from previous positions of the Spanish Episcopal Conference. It for years rejected the idea of an investigation about sex abuses. It instead encouraged victims to come forward and report their allegations to the diocese.

But some abuse survivors remained skeptical about the genuine intention of the Church. Fernando García Salmones, a spokesperson for the Robbed Childhood Association, called the audit a “maneuver to deter attention” because the Church would dictate its terms to a law firm devoted to the Catholic order.

Public pressure on the bishops to act has been growing recently in Spain. El País for instance reported 1,200 victims of sexual abuse although the real number could be much higher. The Church’s hierarchy also reportedly dismissed many allegations, ignored the victims and obstructed investigations, often moving priests to new parishes or overseas missionary stints, where they could perpetuate their abuses.

A few countries – the United States, Australia, Ireland, France, Germany – have recently conducted inquiries about sexual abuse in the Church.

Australia found that 7% of Catholic priests were accused of abusing minors between 1980 and 2010. Judge-led investigations in Ireland helped dismantle the Catholic Church’s once-dominant influence in Irish society and politics. In France, an independent inquiry estimated last year that some 330,000 children were victims of sexual abuse by Catholic clergy, scout leaders or other Catholic-affiliated employees between 1950 and 2020.

Earlier this year, Portugal also started a Church-funded independent investigation while it has faced similar reluctance of an in-house review. But not many had them initiated by a government like in Spain, a country where the presence of the Catholic Church remains important. 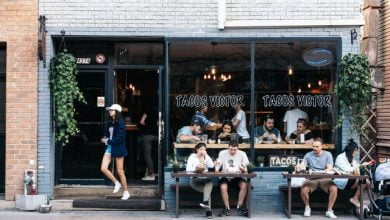 Quebec wants to protect French from the decline in Canada