TAP Airlines will have a staff representative elected in the board of directors. It comes as a surprise but may give ideas to other companies in turmoil.

This move marks a first in the Portuguese Airline company in particular, and a pretty unique solution for major Portuguese companies in general. The workers’ union was surprised but favourably welcomed the suggestion.

Candidates will have to be employed in the TAP group but they would need to suspend their job contract during the mandate. Union members that represent at least 2% of the 7,300 staff can apply to the election, as well as any employee who receive at least 165 internal supporting signatures. The winner of the election would be named non-executive director of TAP SGPS by June 3, 2021.

TAP Portugal is 50% owned by the Portuguese State and 5% by TAP employees. The remaining 45% is owned by Atlantic Gateway, a consortium of David Neeleman, founder of several airlines like the American JetBlue Airways, and a Portuguese entrepreneur.

The company invested in a new fleet in 2019 but the debt went from 109 million euros in 2019 to 395 million euros at the end of the first quarter of 2020, not helped by the Covid-19 pandemic that considerably reduced flights.

The workers’ unions at TAP haven’t accepted the suggestion yet but it already inspired another company. At the Rádio e Televisão de Portugal, the Portuguese public media group of 1,600 employees, the unions ask the government to consider having a staff representative in the board as well. Despite growing positive net results in 2019, the unions consider that the governing body leads the company into a descending curve. 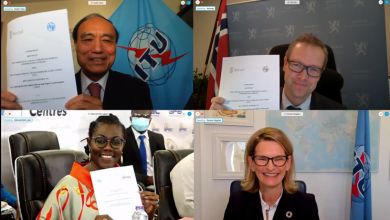