A vocal female member of parliament in Tunisia was hit by two men in the chamber as she opposed to a partnership with the Qatar Investment Fund. The tensions reveal two completely opposed political views.


Abir Moussi, a member of parliament since 2019 and president of the Free Destourian Party, was hit twice in parliament. She was punched by Sobhi Samara and kicked by Seifeddine Makhlouf at two different moments.

The videos, shot by multiple phones, show Sobhi Samara punching several times Abir Moussi who tries to avoid physical contact while wearing an equestrian helmet and a protection vest. She has been wearing a helmet for a month denouncing the parliament was not a safe place.

Mr Makhlouf can be seen on videos earlier in January taking the phone from Ms Moussi and insulting her. In October 2020, he had already assaulted her.

The plenary sessions of the parliament were disturbed by Abir Moussi and her party. An exuberant politician, she has been used to organizing sit-ins in 2019 and 2020 in the parliament for being heard. This time, she is protesting against a vote for an agreement between Tunisia and the Qatar Fund for Development. The Fund would open an office in Tunisia.

In this period of economic struggle, the Qatar Fund promises to provide 100,000 job opportunities for young Tunisians by the end of 2021. The partnership has eventually been approved with 122 votes in favour, 12 against and 1 abstention.

This violence in the middle of the parliament is the latest stage of a tense political and economic period in Tunisia. But the dispute between these members of parliament can also be explained by their opposed political positions.

Pro-dictature party favored by Saudi Arabia on one side, Islamist party liked by Qatar on the other

Both Mr. Makhlouf and Ms. Moussi ran for the Presidential elections in 2019 and gathered about 4% of the votes.

Sobhi Samara is an independent politician who formerly belonged to Al Karama, also called the Dignity Coalition, a party led by Seifeddine Makhlouf. It was formed in 2019 as a secession of the Ennahdha movement that wanted to become a more democratic movement by separating Islamism with politics.

Ennahda is the party with the most seats in the chamber, whose president, Rached Ghannouchi, also presides the parliament. Abir Moussi considers Ennahda as a terrorist party that wants to remove secularism in Tunisia.

Only allowed in 2011 after the spring revolution, the Ennahda movement, also called the Renaissance Party, is a conservative Islamist party inspired by the Muslim Brotherhood, close to Turkey and…Qatar.

But on the other side, Abir Moussi can hardly be considered as the president of a progressive party. She has the favors of Saudi Arabia and the United Arab Emirates, which consider that Qatar funds terrorism. Saudi Arabia and the U.A.E are against the revolutions of the Arab spring and prefer authoritarian regimes than democracies. And Abir Moussi is a former supporter of Ben Ali, the dictator who was ousted by the revolution in 2011. The Destourian Party was in fact formed by members of the regime before the Jasmine Revolution in Tunisia. 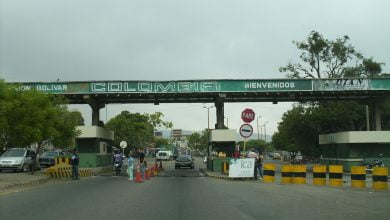 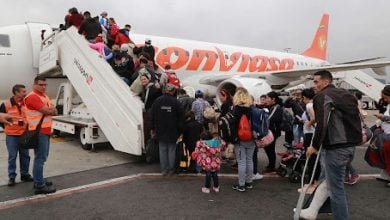