Facing resignations of public employees, Vietnam plans to raise the salary index by 21%

Almost 40,000 public employees who opted for the private sector resigned in two and a half years in Vietnam. While the country ambitions to add 66,000 teachers by 2026, most resignations came from education and healthcare. Vietnamese authorities plan to spend 2.4 billion dollars to improve compensations, including a raise of salary index by 21 percent, the calculation basis for public employees’ pay.

Cumbia, a dance and music genre resulting in the miscegenation of Indigenous peoples, Africans and Europeans, has been declared on October 16 an intangible cultural heritage of Colombia that will help preserve its heritage. Cumbia’s popularity expanded across South America during the 20th century.

Ireland launched a plan to improve awareness and care of menopause. Bank of Ireland now offers up to 10 days of paid leave for menopause-related sickness.

Hong Kong offers a new visa to bring back talents

The new visa targets people with high income and high education. People who earn 2.5 million Hong Kong dollars (US$ 318,472) annually and graduates of the world’s top universities would be allowed to stay in the city for two years with the Top Talent Pass. Hong Kong’s population decreased 1.6 percent in a year as it has been struggling with foreign companies and talents willing to leave the administrative region while Singapore competes to become the most attractive financial hub of Southeast Asia.

Czech police has been searching for a man affected by tuberculosis

On Tuesday, a 57-year-old Ukrainian man went to an hospital of Moravia in eastern Czech Republic for his medical condition that turned out to be tuberculosis. But he refused to stay and decided to leave. Alerted that a man may knowingly spread tuberculosis, Police has been looking for him and checked with family members, contacts and possible locations where he could have gone. Czech police shared October 21 they now think the man went back to Ukraine using his own vehicle.

The Bureau of meteorology of Australia, country’s national weather, climate and water agency, sent a note to Australian media Tuesday asking them to only call them Bureau of Meteorology, or “the bureau” in subsequent references, instead of “BOM” or the “weather bureau”. On its website, it explained that “our name and visual identity were expressed differently across content and channels” which could sometimes “impact negatively on the effectiveness of our messaging.” Minister for the Environment Tanya Plibersek asked about the cost of this “refresh of visual identity”, adding that “what matters is accurate and timely weather information for communities” and that “the focus of the BOM should be on weather, not branding.” Cost was 220,296 Australian dollars (US$138,000), including 118,177 Australian dollars for brand strategy, research and visual updates.

The announcement was especially criticized as Australia’s east is under heavy rainfalls and severe storms. Thousands of people have been displaced by floodwaters in recent days.

The government of Slovenia agreed to create a distinct salary policy for healthcare in the public salary grid system, a decade-old request by the trade union of doctors and dentists. Slovenia has a unified public pay system, a common salary grid to all public sector employees implemented more than ten years ago. It was made to ensure fairer pays for comparable jobs across public entities and transparency. But some sectors consider they deserve higher pays than others.

Last April, the Constitutional Court of Slovenia repealed a law that would have moved doctors higher up in the salary grid, a decision brought to court by trade unions of other public sectors. Doctors and dentists argue they are pillars of healthcare but may be paid less than nurses with this system.

The new agreement is supposed to be drafted by April and submitted to legislative review by the end of June 2023. The trade union of doctors and dentists agreed not to go on strike before these deadlines. “We have come to a historic agreement with the beginning of much-needed and urgent changes in the health system,” declared the minister of Health Danijel Bešič Loredan. Other sectors are expected to remain in the unified salary grid.

Muhoozi Kainerugaba, the son of president Yoweri Museveni, said he would keep using Twitter. His father on October 17 said his son and four-star General would stop “talking about other countries and partisan politics of Uganda” on Twitter. Mr Kainerugaba, followed by 639,000 accounts, a couple weeks ago wrote he could invade Kenya easily, prompting state apology and diplomatic meetings. Mr Kainerugaba also apologized. On October 21, Mr Kainerugaba tweeted that a United East Africa, a country uniting Uganda, the Democratic Republic of the Congo, Kenya, Tanzania, Rwanda, Burundi, and South Sudan could be the 7th largest country on earth. “The mission of our generation,” he added. 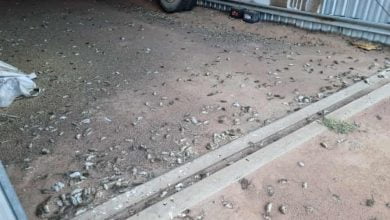 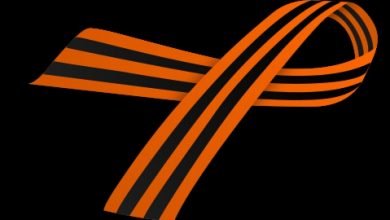