This newsletter covers copyrights in Japanese music schools, a job in New Zealand for nature lovers that doesn’t get filled, a Nigerian woman incarcerated in the United Arab Emirates after a video posted on Twitter, and more.

The Supreme Court of Japan ruled that music schools don’t need to pay copyright royalties for music played by students, dismissing the appeal made by the Japanese Society for Rights of Authors (JASRAC). It considers tuition, and profits, of music classes is a compensation for receiving instructions on improving skills and not only for playing or using copyrighted music. In February 2017, JASRAC decided that music schools would be charged for the use of music in their facilities as they make profits out of it, similar to clubs and bars. Teachers’ performances are still subject to copyright fees.

The Department of Conservation of New Zealand has a position open to work as a biodiversity supervisor for wildlife preservation in Haast, a remote town surrounded by mountains and ocean next to a Unesco world heritage site. But it is struggling to find applicants, the New Zealand Herald reports. Only three people applied and the department is now going for a worldwide hunt. Salary range is NZ$72,610 – $92,780 ($US41,286 – $52,755). The supervisor will manage a team of rangers and work on monitoring and preserving the population kiwi and other endangered or vulnerable species.

A Nigerian woman has been sentenced to one year in jail in the United Arab Emirates after she posted a video on Twitter in a Dubai airport, according to her family. Last August, she stayed for several hours at the airport with her sister and other Nigerians for an issue with visas. She reported the problems on Twitter, in a video where an U.A.E. official appeared, which authorities claimed was a breach of cybersecurity law. Under the country’s cybercrime law, taking a video or photograph of people without their consent and posting it on social media is an offense punishable with one-year jail term and/or a fine. She had deleted the video but was still sentenced on October.

In Kenya, police say they killed an Pakistani journalist by mistake

A prominent journalist from Pakistan, Arshad Sharif, was shot in a car Sunday night near Nairobi, Kenya. Police of Nairobi said they have made a mistake on his identity. He was sent to an hospital where he died. His driver allegedly breached a roadblock set up to check on motor vehicles. According to the police, there was a call for intercepting a car similar to the one they were driving following a carjacking incident where a child was taken hostage. Mr Sharif fled Pakistan in August after being accused of sedition after an interview of a close aide of former prime minister Imran Khan who made comments deemed offensive to Pakistani military, according to Al Jazeera. He had first left for Dubai and then relocated to Kenya.

In the Philippines, 1 million children never received a dose of childhood vaccine

Argentine gives a bonus to the most vulnerable amid high inflation

Registration for Argentines with no financial resources to receive 45,000 pesos(293 dollars) has opened on October 24. In Corrientes, a northern midsize city at the border of Paraguay, some people waited already on Sunday night at the doors of the National Social Security Administration office, El Litoral reports. Registration is also available on ANSES website. Adults eligible are those with no income, no job, pension nor social aid. ANSES will also evaluate assets owned by the applicants, such as real estate or recent vehicles that they own. It will cost 90 billion pesos (585 million dollars), according to Infobae. Inflation rate was 78 percent in September compared to last year in Argentina.

The Public Servants’ Association, the largest politically non-affiliated trade union for public servants in South Africa, called for its first strike in the public service since July 2010. PSA said they failed to find an agreement with the government on pay raises. According to the trade union, the government proposed a 3 percent salary adjustment, which didn’t meet expectations while South Africa’s annual inflation rate in September was at 7.5 percent. 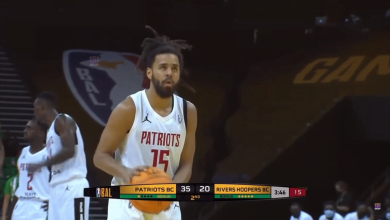