A report focused on the youth in Portugal reveals major insights and gives a profile of the young Portuguese: 30% of them are sure they will live abroad and 7 in 10 who work earn less than 1,000€ a month.

On November, the Francisco Manuel dos Santos Foundation released “Young people in Portugal today“, one of the largest studies ever carried out on Portugal youth, Expresso reports.

They surveyed 4,904 Portuguese between 15 and 34 years old in June and provide some insights about the 2.2 million young people in the country, from their diet, hobbies, studies or sex life.

But one of the most striking results of the survey is that, in terms of mobility, 30% of them are certain they will live abroad (although results don’t say whether they would consider a come back to Portugal someday).

Living abroad is even more of a goal for those who have basic education or low qualifications. Inversely, young people who received higher education are the ones who are more willing to move within Portugal.

One of the reasons most probably lies with the job market in Portugal.

A third of young Portuguese who no longer study have a higher education degree and half of those who didn’t go to university or college explain it was because of economic reasons.

Portuguese who studied have more opportunities on the job market and tend to be happier in their life.

However, 23% of the Portuguese who are 15-34 tried to commit suicide or already thought of suicide. Almost a third has already taken sleeping pills and 25% has already received medication to fight anxiety or depression.

In terms of political commitment, 53% of young Portuguese over 18 vote every time and 14% never vote.

Regarding hobbies, the main activity during their free time is watching films or series for 44% of them. It’s a little more than the 39% who enjoy most of their free time by spending it with friends.

Almost all of them use social media (97%), on which 44% have more than 500 connections or friends. But only 51% of them consider they have 6 or more good friends.

Young Portuguese start to go out at 16 and have their first sexual intercourse at 17 on average. Most of them drink alcohol (71%), 1 in 4 smoke cigarettes and 1 in 10 smoke marijuana. 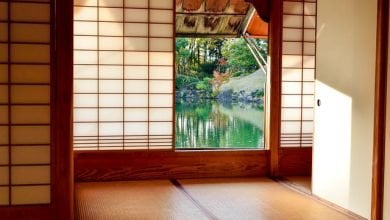 In Japan, 14% homes vacant, more than 42 million empty places in the world