Argentina announced measures to tackle energy price increases. The 10% households considered to have enough purchasing power will not receive protection from the market fluctuations, but savings on public spending will remain small.

The government of Argentina on June 16 announced a series of measures to contain inflation of energy prices. A new structure of its subsidy scheme for electricity and gas bills will exclude the 10% considered to have the greatest capacity to face the price increases.

Owning a luxury boat or having three cars less than five years old will make a household ineligible to state energy financial aid which will gradually decrease by the end of 2022.

While 10% of households with the "greatest ability to pay" have no subsidy at all for gas and electricity bills and are subject to market price fluctuations, nine in ten households will be protected from an increase of energy prices said Gabriela Cerruti, spokesperson for the presidency, during a press conference.

Argentina is trying to reduce public spending as part of its agreement with the International Monetary Fund while not affecting the most vulnerable ones. The state currently covers for more than 75% of the gas and electricity bills, and households with incomes higher than the median income receive 60% of these state subsidies.

Households who meet any of these criteria will see their subsidies progressively decreased so that they pay for the bills in full at the end of 2022.

The lowest income group will see energy bills increase no more than 40% of the annual salary variation coefficient, the index of national salary increases. This group for instance includes those who benefit from preferred social energy prices like jobless people or households that have a monthly net income of less than 91,080 pesos (705 dollars) starting June 1.

The average salary increase was 53.4% last year. As such, this means bills will increase no more than 21.4% for the year for the lowest-income group.

The middle-income group will see an increase of bills no higher than 80% of the national average salary increase. This means bills will increase no more than 42.7% for the year.

As a consequence, these two groups don't see any changes in the structure of the energy aids they receive for the remainder of the year.

This measure comes in a context of rampant inflation and high indebtedness.

From January to May 2022, prices increased 29.3%, and 60.7% in a year, in Argentina. But the change in granting financial aid to energy bills has limited impact on the reduction of public spending as it only represents 0.05% of the gross domestic product, according to El Cronista. Public spending mostly comes from pensions.

The government also adjusted its budget with a deficit of 2.5% projected for the year 2022, in line with the debt restructuring agreement with the International Monetary Fund. As part of the agreement, deficit in 2023 should be 1.9% and 0.9% in 2024. The budget changes were approved by decree as the Congress had voted against it.

Moreover, because diesel fuel supply is short in the country the state secretary of Energy Darío Martínez also announced an increase of biodiesel blended in diesel fuel in order to reduce imports by increasing production in local raffineries. For the next 60 days, diesel fuel will be 12.5% biodiesel instead of the 10% mandatory blend, except for non-exporting small producers which will increase the cut to 7.5% of biodiesel from the current 5% mandatory blend. This measure, also implemented by decree, is expected to increase supply of diesel fuel by 90,000 m3 per month.

The government also said it would be more vigilant regarding price controls and ruled out further restrictions on buying foreign currencies. With high inflation and a peso that keeps losing its value, many Argentines would rather have foreign currencies. The contract for part of a gas pipeline that aims at improving distribution and energy trade has also been announced. 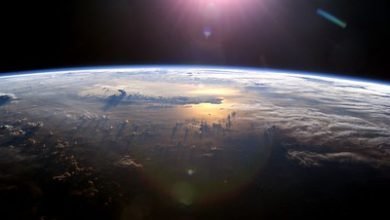