As such, she decided to file an accion de tutela (action for protection) on November 4 to protect her “fundamental rights to equality and non-discrimination, to freedom of expression, to free development of personality, to work, to life with dignity and to the minimum living income.”

The accion de tutela is a mechanism created with the Colombian Constitution in 1991 that an individual can invoke to receive immediate protection of fundamental rights when there is no other means of judicial defense and when there is a need to avoid irremediable harm. It is to some extent similar to the amparo in Mexico a citizen for instance filed against nativity scenes in public space in order to protect his constitutional rights in a secular State.

During a technical session on freedom of expression on social networks organized by the Constitutional Court of Colombia on November 15 to help magistrates make a decision, Ms Gómez explained she opened her Instagram account as a way to add a new revenue stream different from shooting videos for adults.

But in May 2021, Instagram shut down her account while it had gathered 5.7 million followers. Between March 23 and November 8, 2021, Instagram removed six of her posts in which she appeared in underwear because it included “adult sexual services”.

Her Instagram account has now 600,000 followers, which has an impact on her earnings when companies want to promote their products through Ms Gómez’s audience.

As an influencer with a large audience, she was contacted by companies to promote their products, including mainstream companies. Most of her work in the adult content industry is performed in Miami in the United States but she is domiciliary registered in Colombia.

She gave the example of a “sensual but not pornographic” promotional story for an underwear company censored by Instagram because it considered she sold sexual services. She was in underwear getting up from bed and didn’t show intimate and sexual parts of her body.

As a famous figure in Colombia, the “most important reference of pornography in Colombia” according to her, “Esperanza Gómez Silva is a brand, that is more than pornography.”

Her account is restricted to adults because she doesn’t want under-aged to see sensual content or people with little clothes on. She also explained one of the pictures on her official account was censored by Instagram while the same photo published on a fake profile of her that she reported wasn’t considered to infringe rules of the platform.

“I want them to respect my rights. It is clear discrimination.”

Ms Gómez expects to have her Instagram account restored with the former followers and that the company stops the persecution against her and pay compensation for the lost profits, according to the Constitutional Court document.

She said Facebook Colombia, a company registered in Colombia, was independent from Instagram and doesn’t “control, operate or administer Instagram services” and cannot be held responsible for the action of protection filed by Ms Gómez. In the court documents, the company also defended that such complaint was not receivable because it was strictly an economic issue and was filed more than six months after the alleged violations took place.

Instagram Colombia, Meta Platforms, Inc. and the Colombian Ministry of Information Technologies and Communications did not answer to the complaint.

The decision from the Constitutional Court must be given by November 21. Portuguese more at risk of poverty in 2021, first setback since 2014 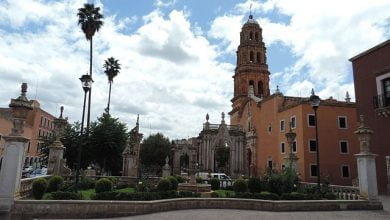