Croatia managed to fulfill all requirements of the European Commission for the adoption on the euro on January 2023, ten years after its adhesion to the European Union. Romania didn't meet any of them.

The European Commission and the European Central Bank released their distinct but similar convergence reports on June 1. Published every two years, they provide an assessment of the progress non-euro area member states have made towards adopting the euro.

And the euro area will likely add Croatia to the 19 other countries and 343 million citizens using the European Union currency next year. The Council of the E.U. should make it official in July.

The European Commission report assessed the progress of Bulgaria, Czechia, Croatia, Hungary, Poland, Romania and Sweden have made towards adopting the euro currency.

It found that Croatia met the four convergence criteria and has compatible legislation with the euro area, which paves the way for its adoption of the euro on January 2023. This "marks a crucial and historic step on Croatia's journey towards adopting the euro," says the commission press release. Similarly, the E.C.B. concludes that Croatia is within the reference values of the convergence criteria.

President of the European Commission Ursula von der Leyen congratulated Croatia, which "has made a significant step towards adopting the euro." The new currency on January 1 "will make Croatia's economy stronger, bringing benefits to its citizens, businesses and society at large."

"We are very proud of this success and look forward to all the benefits this will bring to Croatia, while also being aware of the responsibility this membership entails," said Boris Vujčić, the governor of Croatia National Bank regarding the conclusions of the two reports.

Designs of Croatian euro coins are already ready and validated by the Council of the E.U., despite a controversy with Slovenia on the use of Nikola Tesla as a figure for the national side of 50, 20 and 10 cent coins. Also, a design competition had to start again for the reverse side of the 1 euro coin because of a plagiarism issue of the marten motif, called kuna in Croatian, the name of the soon-to-be old currency.

Only Croatia and Sweden met the price stability criterion, with respective inflation rates of 4.7% and 3.7% during the 12 months to April 2022, below the reference value of 4.9%. But Sweden did not fulfill the exchange rate criterion as the krona appreciated by almost 8% against the euro between April 2020 and November 2021.

In a context of price hikes, stability of the index was more difficult to achieve although it was assessed comparatively with the rest of the euro zone. The average inflation needs to be no more than 1.5 percentage point above the rate of the three best-performing E.U. countries in terms of price stability.

The economic shocks triggered by the COVID-19 pandemic and Russia's invasion of Ukraine had "important implications for the convergence assessment," and especially for the price stability criterion, the report notes.

Moreover, the impact of the war in Ukraine is not totally grasped as one-year averages largely reflect the situation prior to Russia’s invasion. Despite high uncertainties, inflation in the euro area is projected at 6.1% in 2022 before falling to 2.7% in 2023, according to the Spring 2022 Economic Forecast published on May 16 which is used to assess the sustainability of convergence.

According to the European Commission analysis, all member states are generally well integrated economically and financially in the E.U. but some of them experience macroeconomic vulnerabilities, a business environment and/or institutional frameworks putting risks to the sustainability of the convergence process.

The four criteria assessing the convergence are measured by the consumer price inflation, the government deficit and debt, the exchange rate stability in the last two years, and the long-term interest rates. These latter need to be no more than two percentage points above the rate of the three best-performing E.U. countries.

In the report of 2020, Croatia didn't meet the exchange rate stability criterion. But Croatia participated in the Exchange Rate Mechanism with the kuna since 10 July 2020, along with Bulgaria and its lev. They now both pass the exchange rate criterion.

However, the goal of Bulgaria to adopt the E.U. currency starting 2024, confirmed by Kiril Petkov, Bulgaria's Prime Minister, last January seems unlikely. Bulgaria doesn't fulfill the criterion of price stability, not does it have the required legislative framework due for instance by "imperfections in the fields of central bank independence."

Romania is the only country that fails to meet any of the four criteria. It is also the only one that doesn't fulfill conditions of sound public finances with an "excessive deficit procedure". It was already the case in 2020's report.

All E.U. member states, except Denmark which is therefore not covered in the reports, have legally committed to join the euro area but each country calibrate their path towards the euro and no timetable is prescribed.

The European Commission convergence report is the basis for the Council of the E.U. to decide whether a member state fulfills the conditions for joining the euro area. The council will make the final decisions on Croatia's euro adoption in the first half of July.

Croatia in 2013 became the latest country to become a member state of the E.U. Bulgaria and Romania joined in 2007. 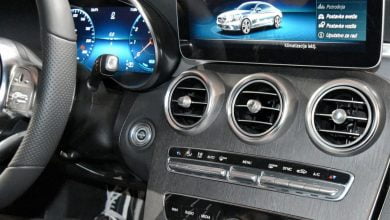 A Pandemic Side Effect: Car Makers Are Last In Line In The Microchip Shortage

Portuguese Airline Adds Staff Representative to the Board