Almost 1,000 Niger nationals have been taken off the streets of Senegal to be repatriated to their respective villages. A first plane with 530 people, mostly women and children, landed in Niamey, Niger’s capital city, from Senegal around 2:00 am on March 26. Authorities said another aircraft carrying almost 400 Nigeriens was expected the same day.

The decision was taken last Tuesday by President Mohamed Bazoum during a meeting called on short notice after a documentary on Senegal television showed poor living conditions of foreign immigrants begging in the streets of Dakar, Senegal’s capital city at almost 2,000 km (1, 243 miles) from the western borders of Niger.

West of Niger suffers from a food crisis because of drought and jihadist violence preventing farmers from cultivating their crops, according to the United Nations.

According to the government, these people living abroad “have nothing to do with insecurity caused by terrorism or food deficit” but they would instead be victims of human trafficking. The situation is “at odds with our social and religious values and prohibited by the laws and regulations of the Republic of Niger,” the government said.

The minister of Interior Adamou Souley said on Saturday at the airport that “through this phenomenon, the image of our country is dragged through the mud. We know poverty is not the root of it but rather organized mafia networks that traffic these human beings.” He added that “their dignity is not to go begging.”

After having provided food to the people, transportation was organized to bring them to their respective villages. 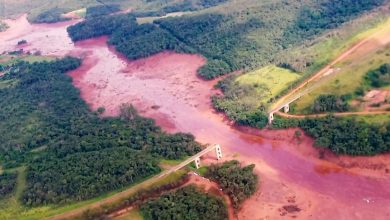