In July, Norway refused to allocate Hungary a grant. Now, Viktor Orbán has blocked a joint statement from the European Economic Area Council in order to annoy them.

Népszav, a Hungarian newspaper, reported that Hungary wanted to prevent the European Economic Area from adopting a joint statement at the end of the Council on November 24.

And for the first time in 27 years, a joint final declaration was not adopted after the bi-annual meeting.

"While it was regrettably not possible to adopt formal EEA Council conclusions in today’s meeting, we underline the good functioning of the EEA Agreement together", the EEA EFTA Statement briefly mentioned.

The consequences are fairly limited as there was no resolution or decision on the table.

But the hidden reason, as reported by Hungarian media, dates back to when Norway decided not to allocate EUR 214.6 million ($240 million) as part of a grant to Hungary.

The European Economic Area consists of the European Union member states and three other countries: Iceland, Liechtenstein and Norway. It seeks to strengthen trade and economic relations and free movement of goods between the members.

And, as part of their cooperation with the EU, Norway, Liechtenstein and Iceland contribute to reducing social and economic disparities in 15 EU countries with the EEA and Norway Grants.

Norway provides 96% of the funds.

For the period 2014-2021, €2.8 billion (US $3.1 billion) have been provisioned for projects around climate change, education, social inclusion, etc.

But in July 2021, a disagreement between Norway and Hungary led to the cancellation of €215 million dedicated to Hungary. Yet, both countries had signed a cooperation agreement in December 2020 after longstanding negotiations about the funds.

Actually, Norway specifically required that the money would be managed by organizations completely independent from national and governmental authorities.

The discord specifically lies with the organization responsible for the coordination and distribution of €10 million dedicated to civil society, the support of vulnerable groups and promotion of minority rights.

Hungary refused the organization having won the public tender contract.

July 2021 was the last deadline to reach an agreement and Hungary ended up losing the entire subsidy. Except that for the government of Hungary, Norway already committed and actually owes them the money.

Ökotárs Alapítvány in a list of undesirable organizations in Hungary

Viktor Orbán unsuccessfully tried to have the Hungarian Red Cross as an independent organization handling the money dedicated to civil society.

But the organization at the core of the dispute was Ökotárs Alapítvány. The Hungarian Environmental Partnership Foundation is a civil society organization that "aims at contributing to the development of a democratic, sustainable and equitable society".

In 2014, Viktor Orbán's office included Ökotárs Alapítvány in a list of 13 civil society organizations working on human rights, anti-corruption, gender or LGBTI equality, considering them as problematic or unwanted.

Intergovernmental and civil society organizations perceived the law, the first of its kind in Europe, as a major obstacle for their operations.

Rumors about political payback on Norway

As a consequence on Norway's decision, Viktor Orbán has been seeking for payback.

Failing to adopt formal EEA Council conclusions, which needs to be approved unanimously, has then reportedly been maneuvered by Hungary.

But it does not have much of an impact. Presided by the Norwegian Minister for Foreign Affairs, the EEA Council only assessed its overall functioning and held a policy debate on the EU industrial policy.

However, Hungarian news media expect more moves from Viktor Orbán as a form of retaliation against the Kingdom of Norway.

Timing may nevertheless not be ideal since negotiations on the EEA and Norway Grants 2021-2027 have already started. 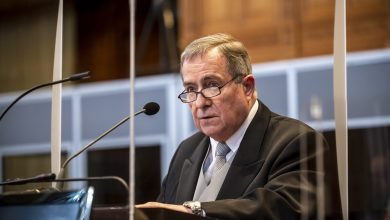