India fertility rate has never been lower and below the replacement threshold for the first time. It indicates the Indian population size is going to eventually decline, but not in the short term.

On November 24, the Indian ministry of Health and Family welfare shared the results of its 2019-21 National Family Health Survey detailing key indicators on the population.

One of the findings is that the Total Fertility Rate in India further declined from 2.2 in 2015 to 2.0 in 2021. This estimate, based on a survey covering 700,000 women in the country, is below the fertility-replacement level.

This lower fertility rate is close to what industrialized countries have. But it also means that India went below the replacement level of an average 2.1 children per women.

And it is the first time that India shows it would not have enough children to renew its population since it has been tracking fertility rates.

Fertility rate remains at 2.1 in rural areas but urban women would only have 1.6 child during their life on average now.

Moreover, motherhood among young women decreases. And it is especially significant as almost half the population in India is under 25.

Women aged between 15 and 19 years old who were pregnant or already mothers at the time of the survey decreased from 7.9% to 6.8%. The disparity between women living in rural and urban areas is steep.

Almost 8% of the surveyed women age 15-19 were pregnant or already mothers in rural areas whereas the ratio was only 3.8% in cities.

One of the reasons of the lower adolescent fertility rate is the overall increased use of contraceptive or modern family planning methods.

Indian fertility rate as an indication of its future demographic structure

The latest statistics mean that the number of Indians is likely to decrease. But it won’t happen right now.

First of all, India uses a survey to calculate the fertility rate, which may be discrepant with the reality.

A fertility rate below replacement level is an indication of the capacity of a country to renew its generation and grow in size. But the future population size is also the result of other factors and can take several years before a change in fertility rate materializes in a population.

The total fertility rate is the average number of children a women would hypothetically have throughout her life. It is actually different from the birth rate which is used to calculate actual population growth.

Infant mortality is an important factor to consider.

So, a lower fertility rate becomes partially offset by a lower infant mortality. And infant mortality is still high in India and has room for improvement compared to developed countries.

Population in India is expected to decline in 2055

Moreover, life expectancy in India has also been increasing. As such, it can partially compensate the lower fertility rate in terms of total population count.

As the fertility rate declines and the life expectancy increases, India will have an older age pyramid in its population still very young.

And the population is still going to grow, but at a slower pace like since the early 80s. The UN Population Division projects the population will only start declining around 2055-2060.

But the lower the fertility rate is, the sooner the population is likely to decline. 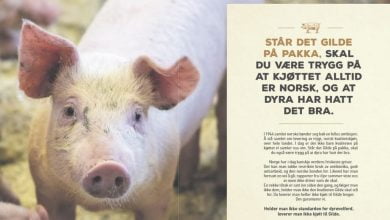