The new government of Italy wants to raise restrictions of cash payments to up to 10,000 euros. Opposition parties denounce the proposal as a risk to favor the underground economy and criminal activities. It doesn’t make a large consensus in the majority either.


The new Italian Prime Minister Giorgia Meloni announced on October 26 that her government plans to raise limits on cash payments in the country. The opposition strongly disapproves the measure.

If the bill is approved as is, payments of up to 10,000 euros in cash would be allowed from January 2023. Moreover, the wire transfer limit would increase to 3,000 euros per transfer, and to an equivalent of 5,000 euros in foreign currency.

But the opposition parties strongly disapprove the proposal, claiming it will favor criminal activities. Senator Franco Mirabelli, vice president of the opposition Democratic Party, said that “the new right-wing majority has not failed, in recent days, to guarantee its commitment against the mafias, but the words of these hours are already denied by the facts.”

It doesn’t make a wide consensus in the majority coalition either.

Matteo Salvini, the former Prime Minister and now Minister of Infrastructure, wrote on Facebook on Wednesday the proposal is “common sense” because it would  bring “less bureaucracy, more freedom” in Italy. He added that it was in line with “the center-right program and with other European countries.”

The bill is an important symbolic measure for Mr Salvini and Lega, while center-right party Forza Italia, also part of the government, doesn’t consider it as an priority. And according to Il Corriere della Sera, a compromise could be found at a payment limit to 5,000 euros.

The European Union, although in favor of low limits, proposes to standardize limits starting with a threshold of up to 10,000 euros.

A majority of European countries set limits on cash payments, which when set, are mostly lower than 10,000 euros, according to information from the European Consumer Centre. Cash can be used for payments of up to 1,000 euros in France, Spain, Sweden. It is 3,000 euros in Belgium, and Portugal, 500 euros in Greece, 5,000 euros in Slovakia.

But there is no limit for cash payments by law in Austria, Cyprus, Estonia, Finland, Hungary, Ireland, Luxembourg, and in Denmark and Poland but only between individuals. Outside of the European Union, Iceland and Norway don’t have limits either.

On the other hand, shops in some countries like in Ireland may refuse large sums in cash. Many bank branches in Sweden now refuse to handle cash and many retailers accept cashless payments only.

There is no limit for cash payments for the purchase of goods in Germany, a country used to pay a lot in cash including salaries, but consumers who pay with amounts higher than 10,000 euros in cash have to show their ID card, and the trader has to document the information.

Ms Meloni in front of the Senate on Wednesday argued that a strict cash-payment limit in comparison to what takes place in Austria and Germany puts Italy at risk of having an unfavorable competitiveness.

“It is a proposal that we do not agree with in any way, it is in total contradiction with what has been decided in recent years in Italy and in most European countries to gradually reduce the use of cash and push the traceability of payments and the fight against the underground economy,” said Antonio Misiani, economic manager of the Democratic Party.

Use of cash, tax evasion and criminal activities

Measures to restrict use of cash in Italy has often been a topic to avoid tax evasion. Not declaring cash payments is easier, can avoid value added tax and reduce corporate income tax for instance.

Ms Meloni and her government argue there is no connection between tax evasion and cash payment because some countries have no limit on cash payments but low tax evasion, quoting in Senate a minister from Democratic Party governments Mr Piercarlo Padoan who had made the same remark.

In Sweden, where use of cash decreased 43 percent between 2009 and 2019, a study from the Bank of Sweden in 2020 partly attributes the lesser use of cash to measures against tax evasion, like the requirement for a new approved cash register. But the fall in the volume of cash mainly accelerated during the banknote and coin changeovers, after 2013 and then again after 2016. The introduction of a mobile payment system, Swish, also helped reduce the use of cash.

Cash is nonetheless used for many criminal activities.

A 2019-report from the European Commission on the assessment of the risk of money laundering and terrorist financing affecting the internal market and relating to cross-border activities clearly mentioned that “organized crime and terrorism financing rely on cash for payments for carrying out their illegal activities and benefitting from them”. Criminals also benefit from the more flexible systems in some countries “to bypass the restrictions by moving to the Member States where there are no restrictions, whilst still conducting their terrorist or other illegal activities in the ‘stricter’ Member State.” The Commission considered that EU-wide restrictions on cash payment “would not significantly prevent terrorism financing”. However, it indicated “that such restrictions could be useful in combatting money laundering.”

Cash is used by the poorest and most vulnerable

Ms Meloni also justified the measure because a country with no cash “penalizes the poorest.”

The European Central Bank, in a bulletin published in May 2022, advocates for access to cash in the euro area. It noted that in discussions to restrict the use of cash, “perspective of cash users is often overlooked, or the benefits they derive from cash are underestimated.”

Cash is indeed more often used in rural areas and is needed to avoid financial exclusion for people who are underbanked, who are mostly modest people, and digital exclusion.

Yes in some African countries, mobile payment and banking may not favor the use of cash, it is however helpful to avoid financial exclusion of the most vulnerable.

But it is mainly people at older age, lower income and lower educational level who are associated with the lack of access to electronic payment options in Europe. An ECB survey from 2019 showed that adults who relied only on cash to make payments were more represented among the population aged 65 or over and among people with only primary or secondary education.

Cash is the preferred method for low value payments. But it’s unsure the poorest Italians would need, or could ever afford, to pay 10,000 euros in cash at once anyway. U.S. online university fined for misleading value of its degree to students 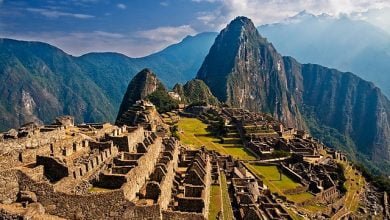