Lebanon doesn’t have enough passports to meet any more requests and decided to pause the application request platform, fully booked until April 2023. Lebanon’s General Security Directorate announced on April 28, that it paused applications for new passports until it has funds to issue more of them.

Since Wednesday the online reservation platform has stopped working as applications are booked until April 2023, said the general director of public security General Ibrahim Abbas.

The agency doesn’t have enough inventory to deliver more passports beyond that date. Moreover, it doesn’t have the funds to order new documents. The directorate was therefore “forced to stop the passport appointment platform” in order to “preserve the credibility of public security in front of citizens”.

Issues around Lebanese passports are not new. But preventing citizens from getting identity documents, which allow them to leave the country, because of financial reasons is unprecedented.

Since 2020, the number of requests for new passports increased tenfold compared to previous years, according to the general security statement. Centers are overwhelmed with applications, unable to process them and hand the passports over on time.

Officials tend to justify the many requests with the expatriates, the Lebanese diaspora would be larger than the population living in the country, who often ask to renew their passports when they come back for a visit.

But as Lebanon’s crisis has continued since 2019, many Lebanese actually want to leave the country. Its currency has lost 90% of its value and more than three-quarters of the population has been plunged into poverty.

It is estimated that 77,000 people left Lebanon in 2021, many of them young and educated. A telephone poll from the research company Gallup in August showed that 63% of people want to leave the country permanently. According to the Arab Barometer this month, half of the citizens aspire to leave the country for better opportunities, more because of corruption, insecurity and politics than for economic reasons.

In March, Lebanon decided to prioritize some citizens in the process like those who study or have a job abroad with expired or close-to-expire documents.

The agency had previously said requests could reach 8,000 applications a day while it is able to process 3,500 daily, close to a maximum capacity of one million passports a year.

In December, Ibrahim Abbas announced that the agency would have funds for one million passports within the next two months, enough to meet needs for another year. On April 7, President Michel Aoun signed a decree approved by the parliament providing 300 billion Lebanese pounds (US$20 million at April 29’s exchange rate) to cover expenses for issuing one million Lebanese passports.

But the general said the Banque du Liban has not sent the funds so that the contractor can deliver them. The money went to pay for the reservation platform, which is now closed since passports are running out.

On its website, the French group Thalès, which has a Digital Identity and Security department, partners with Lebanon on its biometric passports but the company has not communicated about the issue. Thalès has not answered Newsendip’s request to confirm it. (Update: Thalès doesn’t want to comment on the matter).

Ibrahim Abbas assured that anyone who already registered would be able to get a passport, but there would not be any appointments for new identity documents until they can deliver more passports, and on April 2023 at the earliest.

He added that he hopes the decision will serve as a signal to receive the required funds promptly. 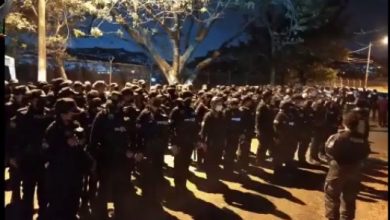 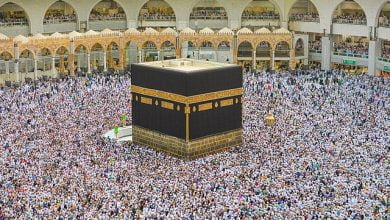