On September 27, Malaysia Prime Minister Ismail Sabri Yaakob pledged its country would become carbon neutral by 2050, during the announcement of the 12th Malaysia Plan, an action plan for the country’s growth for the next five years.

The eighth of the nine priorities is about accelerating green growth. “I commit that Malaysia will be a carbon neutral country as early as 2050”, said the newly-nominated prime minister to the Dewan Rakyat, the House of Representatives.


Most carbon neutral pledges focus on compensating carbon emissions emitted by a country or a company. However, an Oxfam study warned that those net zeros goals could be dangerous distractions to fight climate change.

Malaysia plans to introduce a carbon tax, invest in electric vehicles or set an economic blueprint for marine areas but details for carbon reduction measures would be finalized by the end of 2022, the prime minister added.

However, the government has already committed to no longer build new coal-fired power plants.

Electricity would be produced through gas power plants, another fossil fuel emitting half as much carbon as coal.

Sri Lanka, a signatory of the No New Coal Power Compact

On the same day, Sri Lanka President Gotabaya Rajapaksa said they would become a carbon neutral country by 2050 as well.

“Our aim is to transition away from fossil fuels, promote de-carbonation, and make Sri Lanka a carbon neutral country by 2050“, he said during the United Nations International Energy forum according to Reuters.

Moreover, Sri Lanka signed the No New Coal Power Compact, an initiative encouraged by the United Nations, to halt the construction of coal-fired power plants.

Ahead of the UN Climate Summit COP26 at the end of the year, governments of Chile, Denmark, France, Germany, Montenegro, and the United Kingdom also committed to cease new construction or new permits for coal-fired power generation projects with the No New Coal Power Compact.

A week earlier at the United Nations summit, China pledged to stop funding new coal-fired power projects overseas although it remains highly dependent on coal for its internal energy mix.

According to the International Energy Agency coal-fired electricity generation accounted for 30% of global CO2 emissions in 2019, the majority of it coming from Asia. In fact, coal-fired power plants in the region are 12 years old on average whereas their economic lifetime is around 40 years.

Other countries in Asia pledged to become carbon neutral earlier this year. Japan or South Korea also want to achieve this objective by 2050. Indonesia also dumped coal plants for carbon neutrality, but with a 2060-deadline. China aims to be net zero emissions in 2060. Thailand proposes carbon neutrality by 2065.

As coal power plants’ popularity tend to fade, natural gas tends to be seen as an affordable alternative whereas its price is at its highest level since 2008. 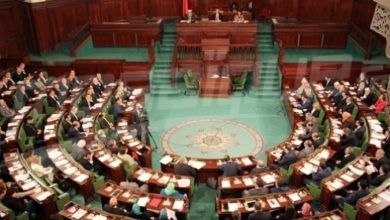