The president of Mexico Andrés Manuel López Obrador wants a constitutional reform on electricity but the private sector and the United States are concerned by the increased power of the State.

The leftist president of Mexico Andrés Manuel López Obrador, also known as AMLO, wants to increase Mexico’s energy sovereignty. As such, he plans to reform the Mexican power industry by strengthening market positions of the Federal Electricity Commission, the state-owned electric utility.

The bill presented last September to the Chamber of Deputies proposed to partially revert the liberalization of Mexican power.

His liberal predecessor at the head of Mexico Enrique Peña Nieto carried out a previous reform in 2013. “We are trying to repair the damage caused by the so-called energy reform and regain control over energy prices”, said AMLO in October.

If the constitutional change is approved, CFE would control 56% of the power dispatch in the country instead of the 38% today. The Mexican State would become the majority player.

The National Center for Energy Control (Cenace), which controls tariffs on electricity, would become part of the CFE. Other independent energy regulators would also disappear. And Mexico would keep a monopoly on lithium extraction, ruling out granting concessions to private companies.

Experts disagree on whether electricity price for Mexicans will increase of decrease with the reform.

The debate is intense among Mexico politicians and between energy industry actors as two visions of the economy are opposed.

For Carlos Salazar Lomelín, president of the largest business representation body, liberalizing the energy industry made it more dynamic.

But he considers the reform would bring Mexico’s energy sector back to the 1960s: “Our country has changed a lot in the last decades. We have today a large and modern economy, open to trade and investment from all over the world and we aspire to be one of the world’s greatest countries.” The reform would give a bad signal to private investment, businesses pausing several projects to see how things will roll out.

Detractors of AMLO’s reform claim this would drive away private investment and slow down the modernization of the industry such as in renewable energy.

On the other side, the government justifies the change is meant for the population’s best and will provide fairer prices to Mexicans. By reducing the power of private companies, it would also reduce corruption and fraud.

Since 2013, more companies like the retailer, bottler and brewer Femsa, were granted self-supply permits to produce their own energy and become more independent from the power grid. But for the minister of Energy Rocío Nahle, some sell their electricity and use the CFE network for distribution without paying for it, creating an illegal parallel market and instability in the power grid.

The increased presence of the Mexican state in the energy market has the United States worried. It doesn’t give a reassuring signal for business investment from American energy companies.

As a striking precedent, Mexico decided to nationalize all the Mexican petroleum and expropriated American and British companies operating in the country in 1938.

Several Republican legislators have asked that the U.S. administration stops the Mexican reform. The American Chamber of Commerce claimed it would violate the North American trade agreement, skew the free market and disfavor U.S. companies in Mexico.

The CFE responded the changes would not affect international agreements or power supply.

Environmental uncertainty about the power supply

Power supplied to Mexicans may also become dirtier, another argument brought against AMLO.

Greenpeace Mexico considers the energy reforms would increase the use of oil and coal. Energy Minister argues only 3% of electricity in Mexico comes from coal, far less than in the United States.

In November, a draft document from the U.S. department of Energy’s National Renewable Energy Laboratory showed that the reform could lead to a 26% to 65% increase in Mexico’s carbon emissions, higher power generation costs and more frequent power outages. The Mexican executives rebuked the conclusions saying old data was used.

But the NREL released a report in January where electricity production costs would increase between 32% and 53% according to different scenarios. It would generate more greenhouse gas emissions, and lead to more consumption of fossil fuel, including a sky-high growth in the use of fuel oil.

To increase its production capacity, it is believed CFE would use fuel oil, a residue of refined crude oil. This carbon-loaded solution would be used for producing electricity. It would worsen Mexico’s carbon footprint but on the other side, it may help PEMEX, the Mexican state-owned oil company, to dispose of its waste.

The U.S. secretary of Energy Jennifer Granholm went to Mexico and met the Mexican president in January. During her trip, she “expressly conveyed the Biden-Harris Administration’s real concerns with the potential negative impact of Mexico’s proposed energy reforms on U.S. private investment in Mexico. The proposed reform could also hinder U.S.-Mexico joint efforts on clean energy and climate”, Jennifer Granholm said in a statement on January 21.


The reform must be approved by two thirds of the members of Congress and the Senate. The legislative process is expected to end in Congress on April 2022. 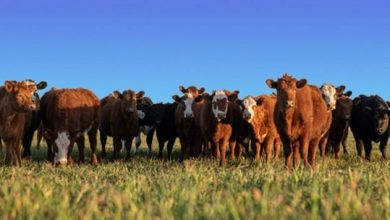