Serbia opened its vaccination to foreigners for free and some EU members are ready to travel there to get their shots. Serbia also donates doses to its neighbors. What are the consequences of this publicity for the Balkan country?


The start of a vaccine tourism

About 15 people already used the services of Party in Belgrade, a small Dutch travel agency, to get a vaccine shot in Serbia.

So far, all requests came from people over 60 who thought “vaccination [was] too slow in the Netherlands” according to the agency’s founder in Algemeen Dagblad.

The company was used to organizing trips to Serbia, proposing party, bachelor or bachelorette packages and activities such as Serbian wine tasting or outdoor shooting.

The agency has now added the offer “Corona Vaccination in Serbia“.

As such, the package includes the traditional round-trip tickets and hotel reservation along with PCR test and vaccination registration. Unlike the other packages, the price isn’t available publicly.

Whilst travel is highly restricted worldwide, does this mark the start of a new form of medical tourism? After the dental surgery or hair transplant journeys, here comes the vaccine tourism.

In fact, Serbia now allows foreigners to get vaccinated for free.

The country inoculated doses to 22,000 foreigners, mostly from neighboring countries, in just 3 days after the announcement on March, 28. “We deliver our vaccines for free to everybody“, told President Aleksandar Vučić earlier in the Financial Times.

Despite these donations, Serbia’s vaccination rate is still twice faster than the European Union’s. About 19 percent of the adult population received a 2nd dose as of April 4.

However, foreigners received the AstraZeneca jab, while the Serbians got protection from Sputnik V, Sinofarm and Pfizer. AstraZeneca’s doses were actually close to the expiry date.

Unlike some European Union members, the Serbian government didn’t halt the inoculation of the UK-Swedish vaccine.

But Serbs face some reluctance in getting it though.

The country also acknowledged it didn’t have the luxury to choose and as a consequence rejected any decision oriented by politics.

In February, Prime Minster Ana Brnabic told the BBC the country didn’t care where the vaccines came from, “as long as they’re safe and we get them as soon as possible“.

Serbia’s soft power on the rise but fragile

The authorities are concerned of a recent decline in registration for vaccination. Blaming anti-vaccination activists for the drop of admissions, the police recently questioned some of them.

When South Africa decided to stop using the doses of AstraZeneca, it sent it to other African countries rather than letting people come and face the risk of propagating the virus.

But President Aleksandar Vučić also shipped 10,000 AstraZeneca vaccine doses to Bosnia and Herzegovina, along with respirators and other medical equipment.

AstraZeneca’s vaccine isn’t the only one that Serbia donated. Earlier in February, they sent 4,680 of the Pfizer jab to North Macedonia and 2,000 doses of the Russian Sputnik V, too.

All this positions Serbia, a country that applied for the EU membership, as a regional leader in the Balkans.

Moreover, “Serbia’s effective action in resolving the consequences of the COVID-19 pandemic […] is the best indicator that our country bases its policy on European values” a Serbian press statement said after a meeting with Cyprus.

Serbia’s vaccination program relies heavily on the Chinese jabs from Sinopharm and the Russian shots from Sputnik V., which are not approved by the E.U., the UK or the U.S. drug agencies, yet.

The Serbian President recognized he took a political risk with Sinovac’s deployment before comprehensive results were released.

But on the other side, he also fears that the EU delays shipment of the Oxford-AstraZeneca vaccine they bought.

Nevertheless, the fact that Dutch are ready travel to Serbia for a vaccine shot certainly pleases Russia and China. 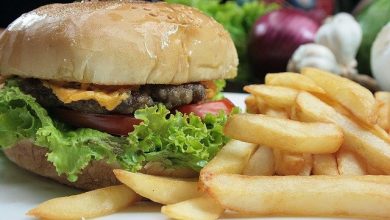