Stockholm Region had a budget surplus in 2021 thanks to increased tax revenue and subsidies from the government. The region wants to offer some cash to its employees in return for the work done during the pandemic. Healthcare employees would receive 4 extra days off.

The Region of Stockholm reported a surplus of SEK 1.82 billion (US$195 million) compared to their budget for 2021 in its preliminary results on February 2.

It decided to offer it to its employees by a bonus check and extra days off for the healthcare sector.

The region explains the positive results by higher tax revenue and subsidies granted by the government, which more than offset the increased costs due to the pandemic.

The profits are twice as high as what the region expected for 2021 but are within guidelines for a good budget management according to the Finance Regional Councilor Irene Svenonius.

At the same time, the Regional Council Committee decided to propose that public employees should receive a covid bonus of up to SEK 10,000 ($1,072) for their extraordinary efforts during the pandemic in 2021. “It is a way to show appreciation for the work done during the pandemic”, Stockholm Region said in a statement.

This will go for all public employees of the Stockholm region or for companies owned by the region.

Moreover, it also wants to offer four extra days off for its 38,000 healthcare employees.

Region Stockholm is mainly responsible for all publicly-financed healthcare and public transport in Stockholm County.

Revenue coming from public transport significantly reduced by SEK 3.7 billion ($397m), of which the national government only covered for a third of what the region lost.

However in healthcare, costs, revenue, and profits increased in 2021. All costs for testing or vaccinating the population were covered by the government.

The opposition welcomes the bonus but would rather see long-term investment for healthcare.

A survey carried out by the newspaper Aftonbladet shows the capital’s hospital is overcrowded. During the pandemic more than 21,000 operations have been postponed in Stockholm.

For Aida Hadzialic, leader of the Social Democrats for the region of Stockholm, the surplus is not “reasonable when waiting for care increases, hospitals are understaffed and midwives resign because working conditions are too bad”.

Sweden’s government announced on January 28 it would invest SEK 11 billion in 2022 for improving healthcare across in the country. 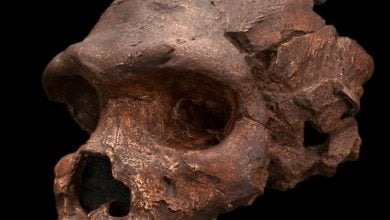