A Chilean reporter lived a tense moment on March 2 during a live TV morning show as military seemed to have shot in his direction.

Ukrainian military became more nervous and suspicious of people who could send information to Russian military according to Jorge Said.

Jorge Said is a Chilean-American reporter and producer. He has been reporting the situation in Kiev for Canal 13 in Chile.

In the TV morning program Tu Día, Jorge Said was walking in an empty street of Kiev when he encountered nervous military. "Here comes the military, they are very aggressive," he told TV hosts in Chile.

But Jorge Said, an experienced war correspondent, stops talking to his colleagues as he starts dialoguing with troops who are not visible on the reporter's video shot from his mobile on a selfie-mode. "Please wait for me a little. They are pointing at me".

While Jorge Said walks back and starts talking to the camera, a gunshot in the air seemingly towards the journalist can be heard.

Being put off air, TV hosts in Chile reassured viewers Jorge Said was not hurt, and that he had shown his press credentials several times before being authorized to the zone guarded by Ukrainian military. He was dressed as a casual civilian.

The reporter explains that Ukrainian military has become more suspicious with the press as "they say people claim to be journalists with their phones but mark territories and send military information".

And he concluded that "seriously, nothing happened to me. The military were very kind and showed me all installations that they are defending". Vatican dads will get paternity leave 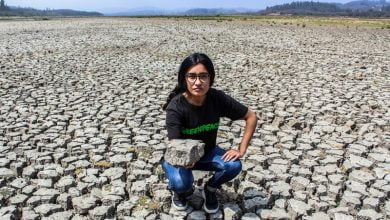